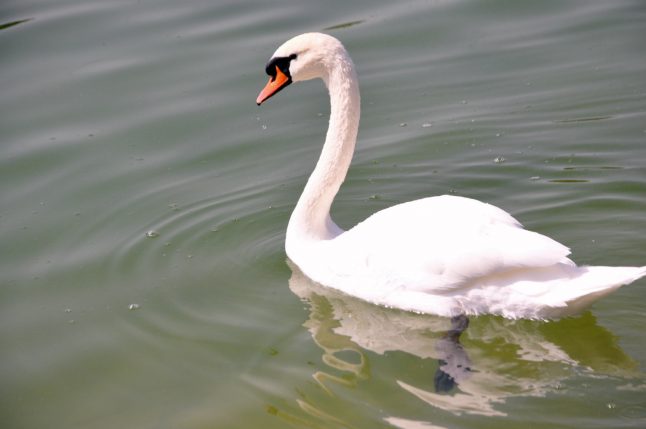 The three boys, aged 16, 17 and 17, killed a swan by hitting it with rocks during a school trip to Lake Garda, reports broadcaster TV2.

“It was very violent and happened in front of a lot of people. So we want to make an example,” Francesco Milardo, a Carabinieri major in the town of Peschiera del Garda, said to TV2.

Although the teenagers are now back in Denmark, it is expected that they will be contacted by Italian authorities.

A youth court in Venice has reportedly been informed of the incident.

According to TV2’s report, the three boys were walking along the shore of the lake when they were confronted by the swan, which hissed and puffed its chest.

Witnesses said that the boys reacted by throwing stones at the animal, continuing to do so after it fled into nearby reeds, until eventually killing it.

A number of the witnesses subsequently informed police, who performed an autopsy on the animal at Verona’s animal hospital, writes Italian newspaper La Stampa.

Milardo told TV2 that he did not wish to confirm which school the boys attend, citing restrictions on identifying minors in Italian law.

The boys’ teacher was very helpful, according to the officer.

“The teacher helped to identify those responsible. He was very civilised and helpful,” Milardo said.

Although La Stampa writes that the punishment for animal cruelty can be up to four months to two years in prison in cases where the animal dies, Milardo told TV2 that the Danish youths are unlikely to receive such serious punishment.

“It is correct that the sentencing framework is as described. Italian law is very strict when it comes to animal cruelty. But I imagine a case like this will end with a fine,” he said.