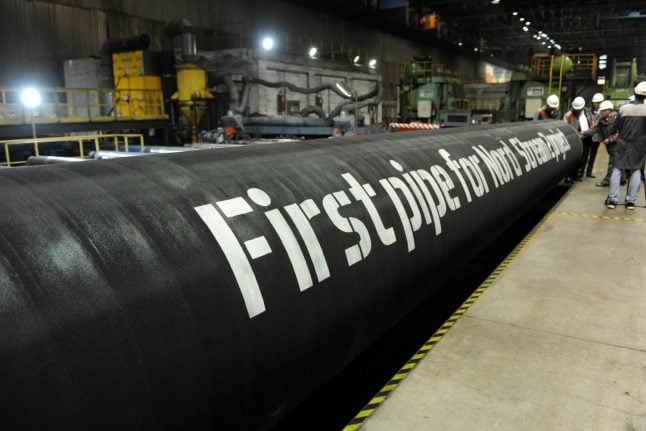 Parts of the pipe Nordstream being delivered in Germany in March. File photo: Reuters/Scanpix

The bill, discussed in the Danish parliament on Thursday and backed by a majority, poses a threat to the nearly 10 billion euros Nord Stream 2 project, which critics say would increase European dependence on Russian gas.

The new law, which could take effect on January 1st, 2018, allows Denmark to evaluate if projects passing through its territorial waters are compatible with the nation's foreign policy, security and defence interests.

The Ministry of Transport and Energy would no longer make decisions on its own and a veto by Danish authorities would offer limited opportunities of appeal.

Russian gas giant Gazprom plans to lay the 1,200-kilometre (745-mile) Nord Stream 2 pipeline through the Baltic Sea to the German coast near Greifswald, where it would connect to the European gas transport networks.

While critics say the Nord Stream 2 would undermine conflict-torn Ukraine's relationship with the West, Germany would benefit from it as a dominant point of entry for gas into Europe.

“You need to diversify the supply of energy to the European Union in order to enhance energy security, and here it is clearly not in line with that objective,” the source added.

Backed by Germany but rejected by many eastern European countries, Nord Stream 2 was primarily a product of Russian President Vladimir Putin and former German chancellor Gerhard Schröder (1998-2005), who has close ties with Russia's energy sector.

“It's clearly the Germans, completely, that want to have this,” the EU source said.

“But how much the German government… is still interested, I doubt very much.”