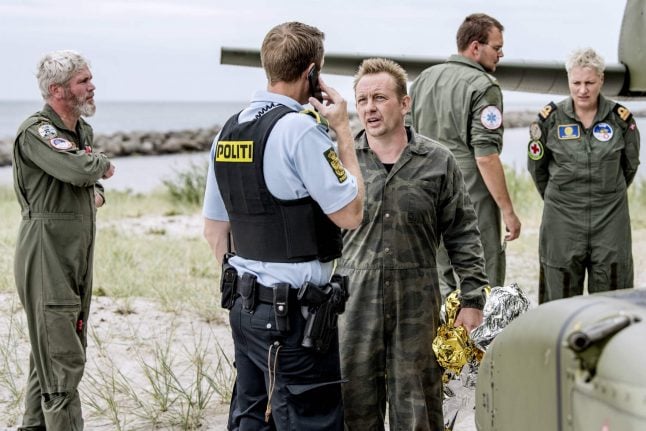 Peter Madsen speaks to police after the sinking of his submarine on August 11th 2017. Photo: Bax Lindhardt/Scanpix

Madsen stated through his lawyer that he no longer wishes to speak with investigators, Copenhagen Police confirmed.

“We have received notification from his defence lawyer that he does not wish to say anything at this time,” lead investigator Jens Møller Jensen told Ritzau.

Police were informed of the decision by Madsen's lawyer Betina Hald Engmark on Tuesday, according to the report.

On Saturday, divers found bags containing 30-year-old Wall's missing clothes, her head and legs, and a knife in Køge Bay south of the Danish capital.

The owner of the UC3 Nautilus submarine has previously claimed that Wall died after she was accidentally hit by a hatch on the submarine.

But no signs of cranial fracture were found on Wall's head after it was recovered after a weeks-long search, police confirmed at the weekend. Investigators had ostensibly intended to confront Madsen with this new information, writes Ritzau.

Though Madsen has the right to refuse to answer police questions, Jensen said that he hopes the suspect will agree to further questioning at a later stage.

“We are calm and continuing our investigations, and at some point it will make natural sense for us to confront the accused with the conclusions we reach,” he told Ritzau.

Freelance journalist Wall went missing after having boarded the 18-metre UC3 Nautilus sub on the evening of August 10th, apparently as part of her work on a feature story about its owner, inventor and entrepreneur Madsen.

Madsen was brought back alone to a harbour in Copenhagen on Friday August 11th after the vessel sank in waters near Køge Bay.

The 46-year-old has been held in custody since.

The submarine owner claimed immediately after his rescue he had brought Wall back to land at around 10.30pm on the night of her disappearance, but shortly after changed his story to the one given in subsequent court hearings – that Wall was killed by an accident and that he had buried her at sea.

After the journalist's torso was found on shores near Copenhagen on August 21st, forensic examination confirmed that her head, arms and legs had been removed deliberately.

Police have been assisted by Danish Navy divers, the Danish Meteorological Institute, Aarhus University, forensic dentists and Swedish tracking dogs in their investigation of the case.