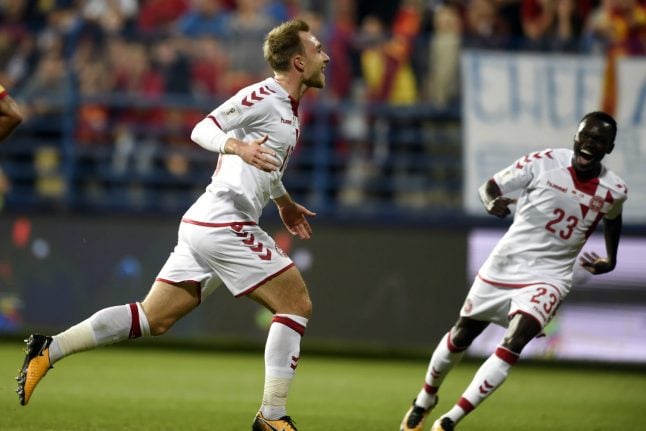 Eriksen, who has now scored in five consecutive matches for his national side, scored the only goal of the game as the red and whites ran out 1-0 victors in Podgorica.

The goal brings his overall total to 17 from 72 international appearances.

“I had the chance and gave the ball a smack. Luckily it went straight in. Maybe [the goalscoring run] will stop at some point, but not at the moment,” the skilful attacker told news agency Ritzau.

The 25-year-old Tottenham star was again one of Denmark’s most prominent players as he performed in a similar advanced creative role to that he fulfils for the 2017 English Premier League runners-up.

Eriksen told Ritzau he believes he is playing better than ever.

“I feel very comfortable on the pitch, like I do at club level. I feel I have plenty to give and am confident, and am generally making the correct decisions,” he said.

“It began halfway through last season and I feel I am riding a wave. It will hopefully continue,” he added.

Denmark meet Romania on Sunday in qualifying group E’s final round of matches.

A draw will ensure Norwegian coach Åge Hareide’s side second place in the group and therefore a probable spot in the play-off round, though the Danes can still qualify automatically for next year’s finals in Russia by winning their group, should rivals Poland slip up at home to the Montenegrins.