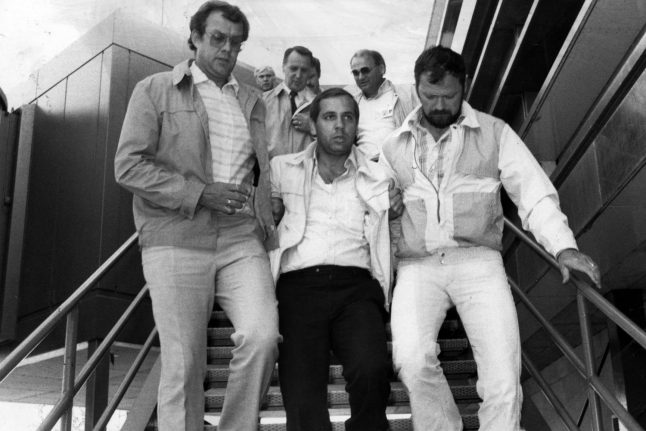 After Copenhagen City Court rejected Conevski’s initial appeal to be released in May, the higher court will now assess the appeal of the former taxi driver, who wishes to return to Macedonia, reports Danish news agency Ritzau.

Conevski murdered two Danish teenagers who were camping at the Femøren area near the Amager beach on May 20th, 1984.

He ordered three friends out of the tent in which they had been sleeping before killing two, a 16-year-old and a 20-year-old, by shooting them in the head.

The third of the three young men, also aged 16 at the time, managed to escape despite being fired at.

Conevski was sentenced a year later to lifetime imprisonment following the cold-blooded crime, which left Denmark in shock. The crime scene on Amager in 1984. File photo: Geert Bardrum/Scanpix

He was also convicted of attempted murder and several other serious crimes.

After serving over three decades of his sentence, the now 68-year-old double murderer wants to be released and sent to Macedonia, where his wife, children and grandchildren live, writes Ritzau.

This request was rejected by Copenhagen City Court in May, and Conevski’s appeal has now been referred to the higher Østre Landsret court.

The murder case received significant publicity in Denmark during the 1980s, not least because Conevski earlier in the decade had already been on trial after being charged with raping a woman who had travelled as a passenger in his taxi.

After initially being found guilty in that case, the Court of Appeal found a retrial necessary after a newspaper campaign raised doubts as to the then-Yugoslavian citizen’s guilt, writes Ritzau.

He was found innocent at the retrial just three months before the Femøren murders.

Conevski was later diagnosed as insane and was transferred to Denmark’s Sikringen special unit for dangerous mentally ill prisoners.

The decree declaring him dangerous was later lifted, and the 68-year- old is now detained at a secure wing of the St. Hans hospital in Roskilde. Assessments by doctors at that unit find him to have been stable for an extended period, according to Ritzau’s report.

The High Court will now decide whether that assessment is sufficient to justify his release. It is currently unclear when a final decision on the case will be made.