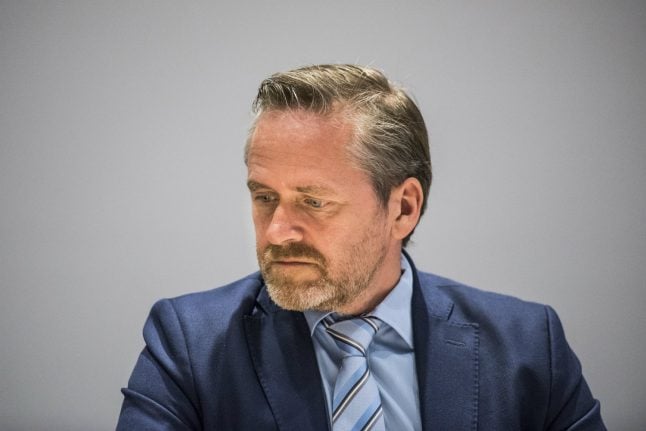 The aftermath of the Catalonian independence referendum is an internal issue for Spain, the minister said on Monday.

Images from yesterday’s vote, in which riot police charged crowds of people at polling stations in Barcelona, attempting to disperse crowds with what appeared to be rounds of rubber bullets, were a “concern”, Samuelsen said.

Police have been widely condemned for the violent scenes.

“The images we have been witness to over the weekend are obviously very unpleasant and we must encourage dialogue as the way forward, rather than what we are seeing now,” the foreign minister told broadcaster DR.

At least 337 people have been treated by emergency services after clashes between police, voters and demonstrators in Barcelona and other parts of Catalonia.

Foreign and EU policy spokesperson Rasmus Nordqvist of the Alternative Party called for Samuelsen to condemn Sunday’s unrest, which occurred during the independence referendum which was declared illegal by Spain’s central government.

“I absolutely think that the degree of violence we have seen in connection with this should be condemned. And I also think that we should call on Spain and say: ‘Come on, let’s use political dialogue to resolve the problem you are faced with so we can move on’. I simply feel that Spain needs help with this and that Denmark and other countries could easily help,” Nordqvist told DR.

But Samuelsen told the broadcaster that he was not in a position to condemn the actions of the Spanish authorities.

“I am not in a situation where I must condemn what is happening. I will express my concern, as I should do. I do not like to see images like this in Europe. I think that we everyone must by now have learned that dialogue is the way forward,” the foreign minister told DR, adding that the issue was “entirely an internal Spanish matter”.

90 percent of Catalans who voted in the referendum voted in favour of independence, the Catalan regional government announced on Sunday.

READ MORE: The Local’s coverage of the Catalonian independence referendum