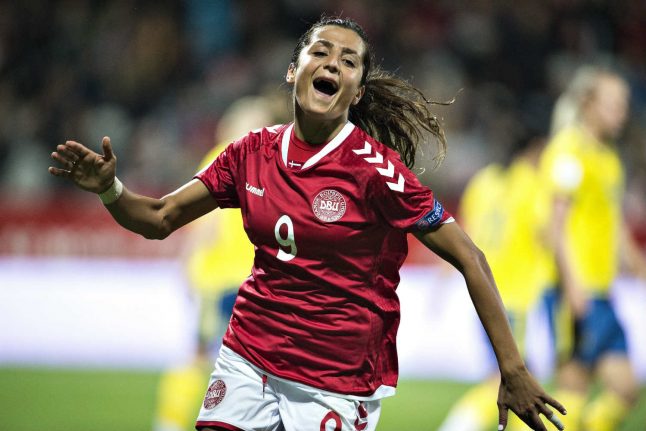 Nadim, a star of Denmark’s outstanding run to the final of the Euro 2017 championships in the summer, will join up with the Manchester club after finishing the season with her current side, the Portland Thorns, in the United States.

The striker – who is also studying to become a doctor – said in an interview posted in Manchester City’s YouTube channel that she saw the move as a chance to develop personally and professionally.

“I feel honoured and humbled to be in this situation,” the Danish forward said.

“This club is doing so much for women’s football. They’re a pioneer of the women’s game and I want to be part of that. I know the club has really big ambitions, and one of them is winning the Champions League, so it wasn’t really a difficult choice for me,” she continued.

The 29-year-old fled to Denmark with her family after her father, a former Afghan Army general, was executed by the Taliban in 2000.

“I’m happy I got a second chance. Me and my family, we got the best out of it. I started playing football for real at the refugee centre in Denmark, and it became an obsession, really fast,” Nadim said in the Manchester City interview.

“It doesn’t really matter who you are, you can always just play,” she added.

Nadim told Danish broadcaster TV2 Sport that she turned down a lucrative offer from China to be able to play for the Sky Blues.

“I have never been in it for the money. I’m sure I’ll earn a lot of money when I become a consultant surgeon in a plastic surgery unit,” Nadim joked.

“I have ambitions in football, and money is not the most important thing for me right now,” she said.