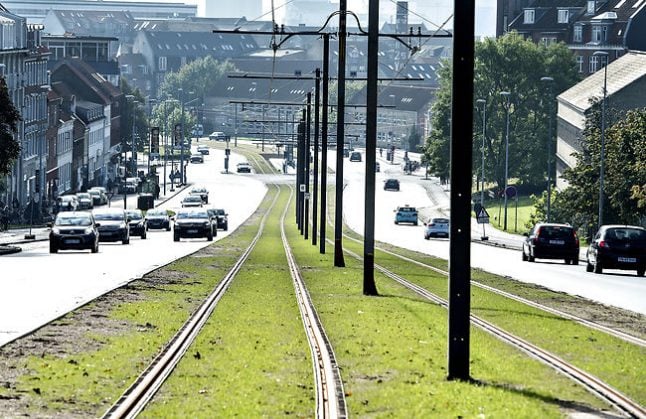 Aarhus's light rail tracks will remain empty for at least five more weeks. Photo: Henning Bagger/Scanpix
However, even that date is provisional upon the approval of the Danish Transport Authority (Trafikstyrelsen – DTA).
According to news agency Ritzau, a memo from Aarhus Letbane acknowledges that even with five additional weeks it still might not open on time. The light rail operator added that even declaring an actual date is risky.
“Alternatively, we could wait to announce a new opening date until all of the necessary approvals are obtained,” the memo, which was sent to Aarhus Municipality, said.
The light rail network was supposed to have been put into operation on Saturday but operator Keolis was forced to cancel those plans after DTA raised issues will a number of safety procedures. Keolis' security chief was fired shortly thereafter, broadcaster DR reported.
SEE ALSO: Aarhus light rail could open in 'near future' after embarrassing delay
The light rail, with a budget of 3.5 billion kroner (€470 million) financed by the state and regional municipalities, has been several years in the making, with construction visible in Aarhus’ streets since 2013.
Aarhus Letbane submitted a report on Tuesday detailing what went wrong prior to Saturday's cancellation of the railway's opening.
The light rail operator wrote in its report that 57 of the 59 problems cited by the authority in its refusal to issue the permit have now been solved.