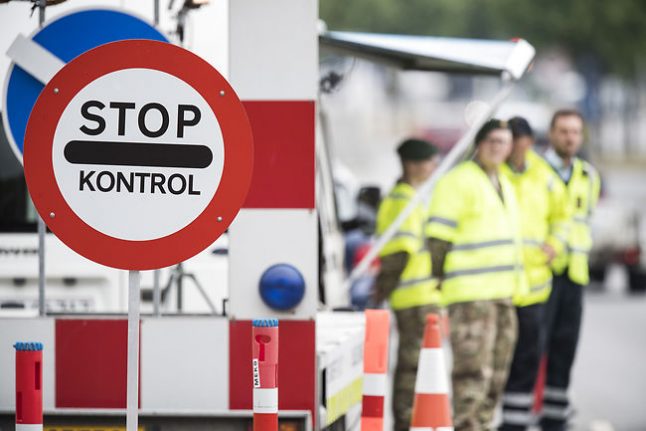 An expected change to Schengen rules would allow Denmark to extend the border measures that have been in place since January 2016. Photo: Claus Fisker/Scanpix
Denmark's exemption from the Schengen open borders agreement expires on November 12th. But instead of opening the borders, governments in several EU countries have called for a rule change to enable extension of the measure for up to four years.
Immigration minister Inger Støjberg, along with counterparts from Germany, Austria, France and non-EU member Norway proposed the rule change at a meeting for justice and interior minister of EU member states in Brussels earlier this month.
SEE ALSO: Denmark to propose changes to Schengen to enable extended border control
Under current rules, Schengen countries can implement temporary border control for up to six months. Once the initial six-month period has expired, the European Commission – and not the member state itself – decides whether the temporary border control may be extended, subject to approval by the remaining Schengen countries.
On Tuesday, Berlingske newspaper reported that the European Commision is expected to present a proposal on Wednesday that will allow member states to extend border control measures for up to five years under certain circumstances.
The proposal is expected to allow countries to extend the measures if they can be attributed to an existing terror threat. Although Denmark has thus far used the refugee situation in Europe as the justification for its border controls, the Danish Security and Intelligence Service (PET) has said the nation faces a ‘serious’ terror threat, the agency’s second-highest threat level.
Støjberg said she would “look at” whether the terror threat could be used to justify an extension of Denmark’s border controls.
“But I would say that I cannot imagine that we will lift the border controls right away – and definitely not by November 12th,” she told news agency Ritzau.
Denmark’s current border control measures have been in place since January 4th, 2016.