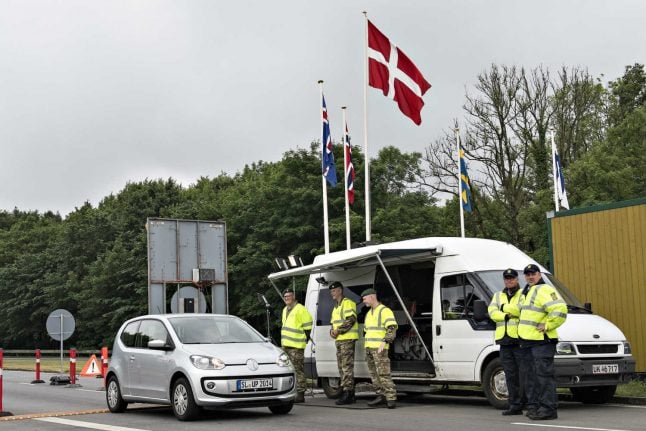 But instead of opening the borders, governments in several EU countries want EU rules to be change to enable extension of the measure for up to four years.

Immigration minister Inger Støjberg, along with counterparts from Germany, Austria, France and non-EU member Norway will propose the rule change at a meeting for justice and interior minister of EU member states in Brussels on Thursday, reports broadcaster DR.

Under current rules, Schengen countries can implement temporary border control for up to six months.

Once the initial six-month period has expired, the European Commission – and not the member state itself – decides whether the temporary border control may be extended, subject to approval by the remaining Schengen countries.

Denmark and the other countries behind the new proposal are calling for the Schengen countries to be able to decide unilaterally to extend their border controls, according to DR’s report.

Should the EU Commission not agree with extensions imposed by individual countries, the onus will then be on the commission to prove border control is not justified.

Although the current border controls were established as a response to a peak in migrant and refugee arrivals in Europe in late 2015, the proposal to be put forth Thursday is based on a need to take preventative measures against terrorism, writes DR.

The EU Commission hold the position that the migrant crisis and outer borders of the EU zone are now under control, nullifying the current justification for extending the temporary border controls, according to the broadcaster.

“I think many in the EU parliament will be critical of it, because free movement is an important issue, including across borders. If there is strict border control, and everyone has to get out of their cars and show their passports, free movement will clearly be disrupted. It costs money and jobs for freight trucks to queue at borders and many will be concerned with that type of argument, myself included,” Petersen said.

The EU MP said that he would prefer stronger control of the EU’s outer borders.

“I think it is better to tackle the problems we have together, rather than having police and home guard at [Danish border town] Kruså,” he added.