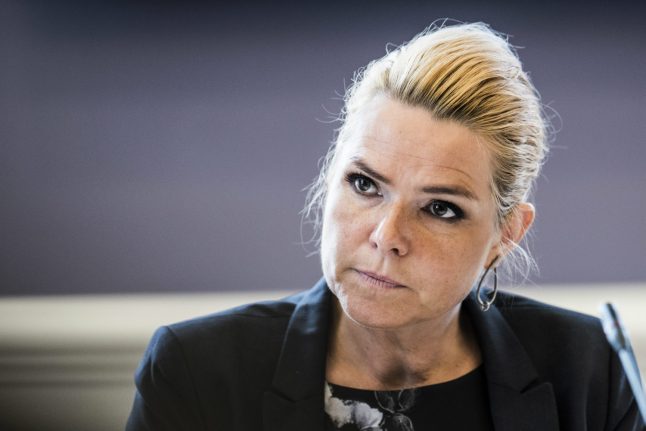 The children should not be forced to make the trips, known in Danish as “re-acculturation trips” (genopdragelsesrejser), says the minister, who has ordered a study of the practice.

Denmark's Ministry for Immigration defines the term genopdragelsesrejser as referring to the practice of “sending children or young people under 18 years of age — often against their will — to their parents' homeland or another country for an extended period” for the purpose of strengthening cultural identity, family relations, and language skills or for solving conflicts.

On its website, the ministry also refers to “other forced trips abroad,” in which young people may be forced into arranged marriages or prevented from returning to Denmark by senior relatives.

“When parents send their children on these trips, it tells me they are not committed to Denmark, neither for themselves nor their children,” Støjberg said in a press statement.

“Parents should not be permitted to make that choice for their children, which is why I will do everything in my power to prevent children and young people from being sent for re-acculturation in parents’ home countries,” the minister said.

Støjberg’s ministry has now authorised its Appeals Board (Ankestyrelsen) to begin work on a report on the practice. The report is expected to be released in 2018.

The report will detail how many trips of this nature have taken place since 2005, reports news agency Ritzau.

The report will also look into the conditions leading to the trips, with a view to giving local authorities resources to react to them, according to the report.

The heritage country visits can have a negative effect on children’s progress at school, language ability and social relations in Denmark, Støjberg said.

Opposition parties the Social Democrats and Socialist People’s Party have previously also stated their opposition to the trips.

The two parties, along with the nationalist Danish People’s Party, have proposed parents that send children on the so-called genopdragelsesrejser should be stripped of their Danish residency permits.

The three parties would form a parliamentary majority if they voted together on the issue.

Current Danish law states that sending children on the forced trips is punishable with prison sentences of up to two years.

Children also risk losing their own residency permits if they spend three months or more outside of Denmark on trips deemed to be harmful to integration.

Authorities can be alerted by the children and young people to their own objections to being sent on the trips by filling in a form, according to Ritzau’s report.

Editor's note: The original version of this article has been edited to include a definition of the Danish term genopdragelsesrejse.