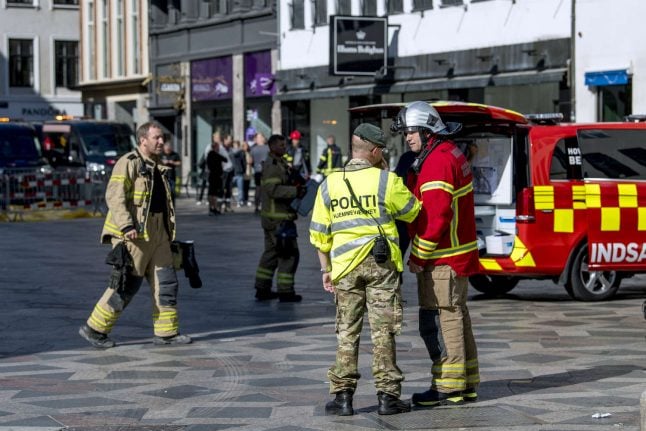 A severe fire blazed at the store, located at the Amagertorv square in the centre of the city, hours after a rooftop party on Saturday.

The fire broke out in the early hours of Sunday, spreading from the roof to the upper floor of the building, reports news agency Ritzau.

Fire services did not completely extinguished the flames until Sunday afternoon.

The building suffered significant damage as a result of the fire.

“The fire damage is primarily to the roof framework. There is also significant water damage in the building,” operation leader Kristian Næsted of Copenhagen Fire Service (Hovedstadens Beredskab) told Ritzau.

“Some [of the water] is from fire hoses, but some is also from broken pipes that have caused massive damage,” he said. Majority shareholder and CEO of Illums Bolighus Henrik Ypkendanz told Ritzau that he estimated the cost of the damage to be a “double-digit million figure” as work began to clean up the store Sunday.

“There is a big job ahead of us. There are a lot of Arne Jacobsen pieces that have been damaged up there. A lot of Wegner furniture has been damaged by smoke or water, I could go on,” he said.

Copenhagen’s Fire Service was alerted to the fire at 4am on Sunday, reports Ritzau.

Ypkendanz confirmed to TV2 that a company party had been held on the roof of the building on Saturday.

“Even though we didn’t have a barbecue or anything like that, we had a party, and it ended at one [1am Sunday, ed.] he said.

“I helped clear up after the party myself. And there’s always a sober inspector to close everything down,” the CEO told TV2 Lorry.

“Something or other has caused the damage, which unfortunately is extensive,” he added.

Over 100 fire service staff were involved in extinguishing the flames, reports Ritzau.

Police requested passers-by to avoid the area and Amagertorv was closed until Sunday afternoon.

No injuries were sustained and nobody is reported to have been in danger during the fire.

“It's sad, it's awful and it's a shame… But we have to move on and fortunately no-one was injured,” Ypkendanz told TV2.