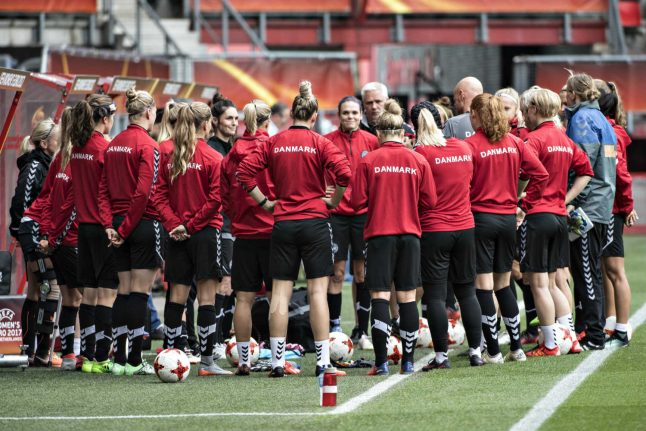 Bracing for their first-ever Euro final in history, the two teams clashed in the group stage when the hosts won 1-0 owing to a 20th-minute spot kick by skipper Sherida Spitse.

“We had a very interesting first match,” Nielsen said.

“It's like the 'Rocky' movies. In the first fight between Rocky and Apollo Creed, Apollo Creed was a bit surprised that Rocky actually fought back and we fought back in the second half.”

“It's going to be the same with the match tomorrow with Holland, it's going to be like the second match between Apollo Creed and Rocky and this time Rocky's going to win,” Nielsen added.

Denmark will miss midfielder Line Jensen, out with torn knee ligaments since the quarter-finals.

“Those eleven players that will come onto the pitch will be ready,” said Nielsen.

But they will face a mammoth task against the Dutch, who have a perfect record at the tournament so far.

In the semi-final, they impressively routed England 3-0 in front of more than 27,000 fans, while Denmark struggled to beat Euro newcomers Austria on penalties.

The Twente arena in Enschede will be sold out again on Sunday when the rivals seek to become only the fourth team to lift the trophy after eight-time champions Germany, two-time winners Norway and Sweden, who won the first edition in 1984.

Who will become the 4th team to win the #WEURO2017 ?? pic.twitter.com/cAuXBP84Tc

But Dutch coach Sarina Wiegman said the home crowd was an advantage.

“It gives us a lot of strength. It just stimulates us to play better and it's really good to have so many supporters at the stadium,” she said.

She added both teams had grown since that first encounter in the group.

“We both got stronger during the tournament,” Wiegman said.

“Both teams want to play a possession game and want to be dynamic in their game.”

She singled out the Denmark attacking duo of Nadia Nadim and skipper Pernille Harder as a special threat.

“We know they have a very strong attack, Nadim is a good player and Pernille Harder is one of the best players in the world.”

Netherlands' star striker Vivianne Miedema, who has scored twice so far at the tournament, was more concerned with Denmark's defence.

“They've just conceded two goals so far. It will be hard for us tomorrow,” said the 21-year-old, recently signed by Arsenal from Bayern Munich.

“The Danish team is really good, they played really well against us.”

She also picked out Denmark's biggest success at the tournament – their surprise 2-1 quarter-final win over odds-on favourites Germany.

“They made sure that Germany went home, which we really liked — but now we know it's a really strong team.” 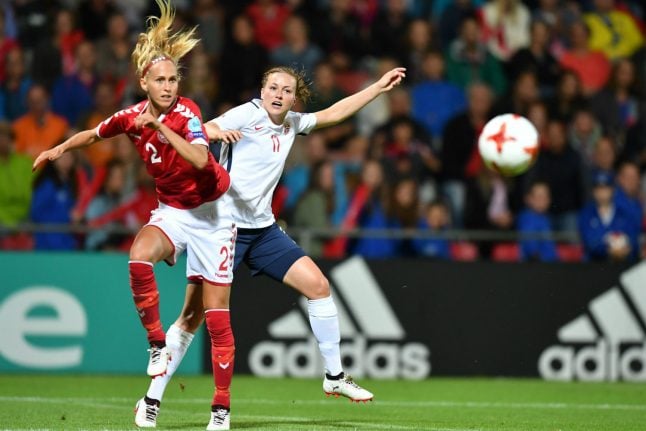 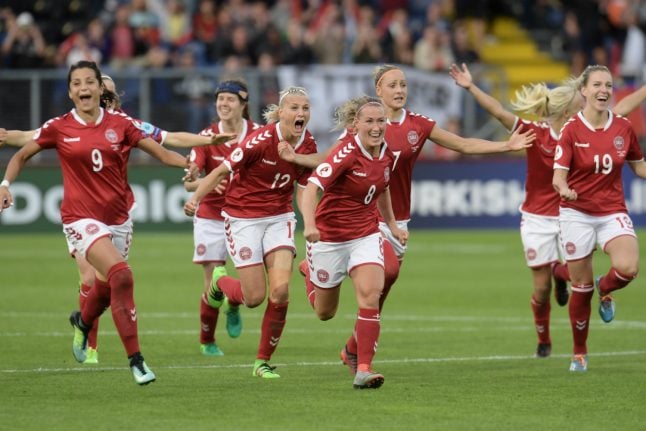