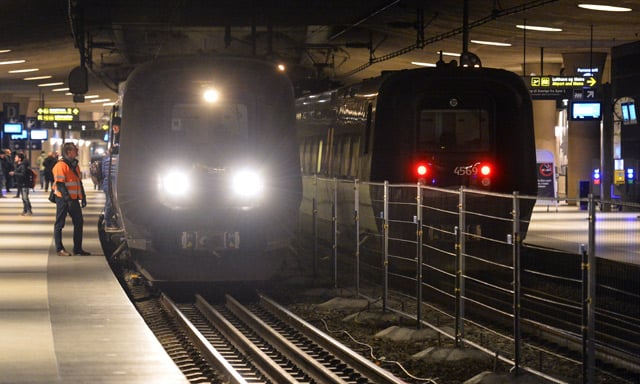 Train and metro traffic to and from the Copenhagen Airport was stopped for about 30 minutes. File photo: Johan Nilsson/TT
Copenhagen Police descended upon the airport in large numbers, causing train and metro service in the Danish capital to be shut down for roughly a half hour.
The man was arrested and the ‘gun’ in question turned out to be a pistol-shaped cigarette lighter.
The 24-year-old man was then released by police, with Copenhagen Police spokesman Henrik Svejstrup saying that the Swede had not committed any real wrongdoing, except for perhaps a lack of sound judgement.
“One could discuss the common sense of carrying around a lighter shaped like a gun in the airport but it isn’t illegal,” he told Denmark’s TV2.
The 24-year-old was on his way back to Sweden and although he did not threaten anyone with the gun-shaped lighter, concerned fellow passengers alerted the police. 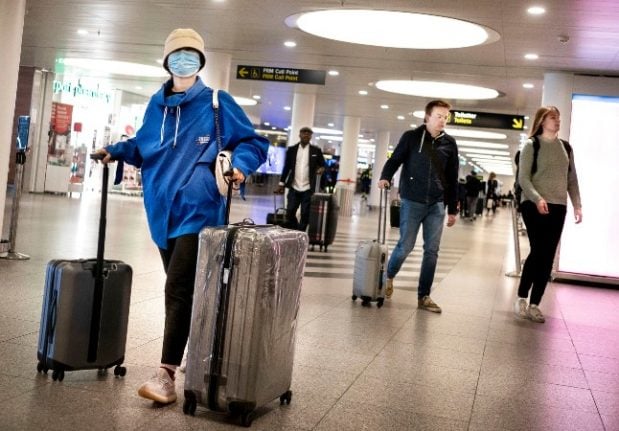 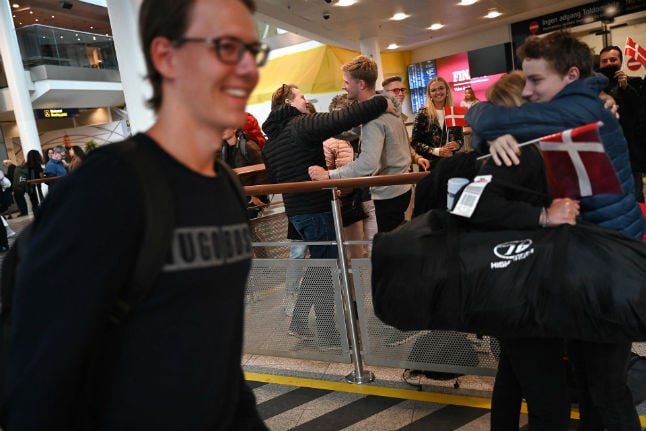