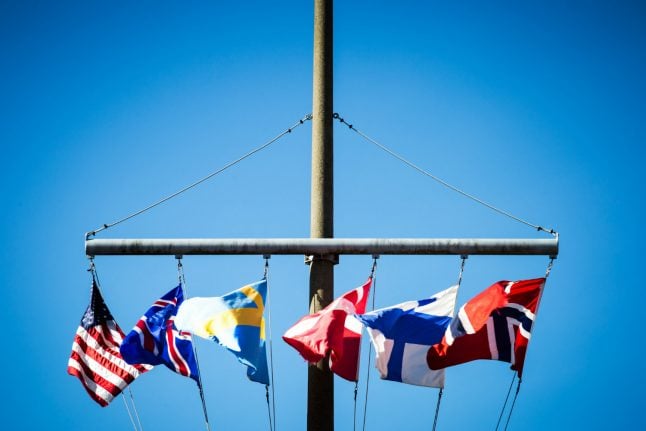 Parliamentary speakers from the northern European countries met powerful US politicians and diplomats during the official visit, which took place the week before last, reports Politiken.

The visit took place under the auspices of the NB8 regional cooperation group, which of which Denmark is a member along with Sweden, Norway, Finland, Iceland, Estonia, Latvia and Lithuania.

Speakers from each of the other seven countries were present, leaving Denmark’s Speaker of Parliament Pia Kjærsgaard, the former leader of the nationalist Danish People’s Party, as the only absentee.

Participants in the trip met with Republican Paul Ryan, the current speaker in the US House of Representatives, the third-most senior position in the American political hierarchy.

My Nordic & Baltic counterparts and I are determined to work together toward a more safe and secure future for this generation and the next. pic.twitter.com/FFUqv2bn6o

Nancy Pelosi, the leader of the Democratic Party in the House of Representatives, also met the visiting group.

Former foreign minister and leader of the Venstre (Liberal) party Uffe Ellemann-Jensen told Politiken that he found it difficult to understand why neither Kjærsgaard or a deputy took part in the trip.

“I simply don’t understand Denmark staying away from a trip like this,” he said.

Ellemann-Jensen cited the importance of the United States for security in the Baltic Sea region, adding that the visit took place before US President Donald Trump stated his support for the Nato alliance during a speech in Poland prior to last week’s G20 summit.

The US visit was an “extraordinarily good opportunity for Denmark to be represented and backed up at that level.”

“Particularly when there is a strained relationship to the American president, which we all feel that we have, and so much is uncertain. That makes it extremely important on all levels to make European, Nordic and Danish viewpoints known,” Lykketoft told Politiken.

Kjærsgaard told the newspaper that she had chosen to prioritise domestic political work.

“We are not foreign ministers. We are parliamentary speakers,” Kjærsgaard told the newspaper.

READ ALSO: Speaker to Danish MPs: Put away your phones!