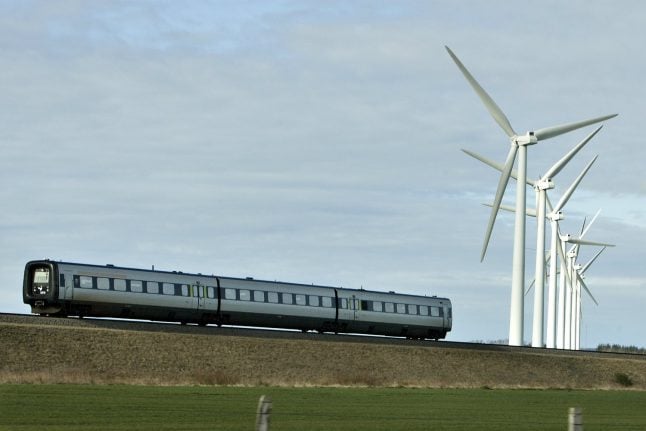 A trial spell selling nuts and coffee in the national operator’s trains was so successful that the arrangement may be made permanent, reports news agency Ritzau.

The new sales trolley will also offer the ever-popular Danish marzipan bars (marcipanbrød), according to the report.

DSB abolished the sales trolley, which sold tea, coffee, sandwiches, beer, chocolate and other refreshments on its trains in 2014.

The operator reintroduced a pared-down version of the service on a small number of routes on June 29th this year.

The new version of the refreshment trolley is a stationary stand within the train, so passengers will have to leave their seats if they are feeling peckish.

DSB said that the trial could be made permanent after a flying start. Danish rail passengers in need of a sugar hit could be in luck – the marcipanbrød looks to be on its way back to DSB trains. Photo: Kjersti Hjelmen/Scanpix

“We can see that our sales have increased sharply. Before we introduced the coffee we sold a snack bag on the train. We can say that we have sold ten times as much as before June 29th. So we’ve seen a marked growth,” DSB Commercial vice director Aske Wieth-Knudsen told Ritzau.

“We will evaluate [whether to make the sales stand permanent] during the course of the autumn. A certain level of sales is necessary for this kind of arrangement. But if it continues as in the first 14 days, that’s very good and we can continue with it,” he added.

Many Danish rail passengers have lamented the loss of the old sales trolley, which was scrapped in 2014 due to a lack of profitability.

Wieth-Knudsen said the sight of the trolley rolling down the aisles of DSB services was likely to remain a thing of the past.

“The economy was completely different with the sales trolley. We had a member of staff dedicated to it. What we have now is a small selection of items that are being sold by staff already on the train,” he told Ritzau.

The new stationary refreshment stands are currently open on limited Intercity and Lyntog services. Passengers on these services are informed of the available options over the train’s PA system.