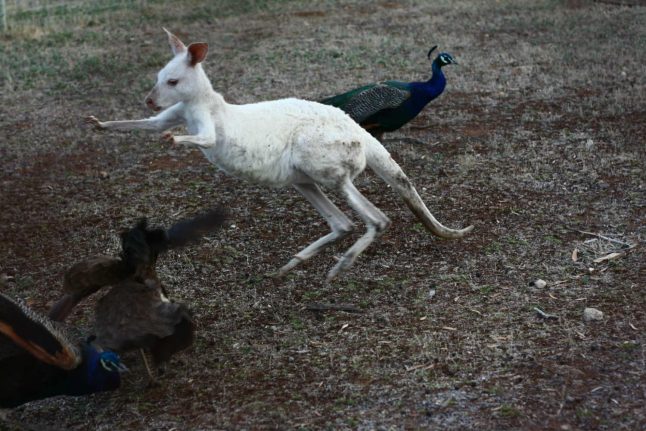 People in the eastern Zealand town of Køge could, then, be forgiven for jumping upon spotting one of the unusually-coloured marsupials hopping down the street.

Yet exactly that sight became a realistic possibility on Thursday.

A white kangaroo was reported to be on the loose near the Danish town after it sprang free from its owner’s property.

Police confirmed to news agency Ritzau that they were searching for a white kangaroo that has been missing since Thursday morning.

“On Thursday morning we received a report that a white Kangaroo had escaped from Højelsevej [road]. It was last seen on Lyngvej [road] in Køge. They tend to jump from place to place,” Carsten Andersen, communication officer with Mid and West Zealand Police, told Ritzau.

“Maybe people will think they are seeing things. But that will not be the case, should you find yourself in the area,” Andersen added.

The kangaroo is not considered to be dangerous.

Mid and West Zealand Police requested any sightings or information on the animal’s whereabouts to be reported using non-emergency number 114.

The kangaroo’s owner has hired a hunter to track down the animal, which he hopes to capture using a tranquilising dart, according to the report.