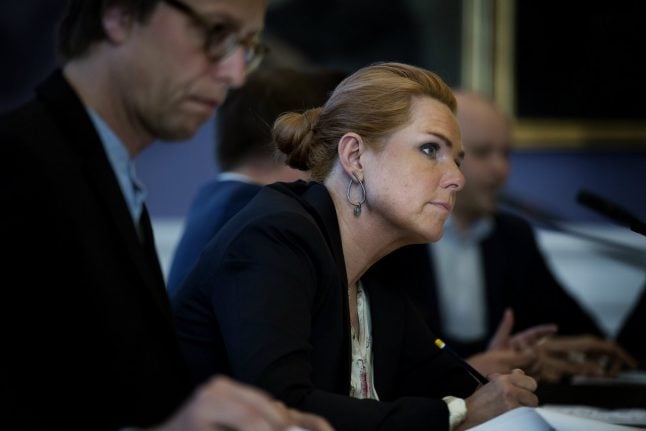 The parliamentary order, issued by Støjberg in February 2016, may have been given despite her prior knowledge that it was illegal to do so, according to reports.

Opposition MPs were highly dissatisfied with the explanation given by Støjberg during a parliamentary hearing yesterday, and a second consultation session has now been scheduled, reports news agency Ritzau.

During the hearing, Støjberg said a directive she issued in February 2016 was in fact a press statement in which she had removed a crucial passage requiring individual assessments of cases before asylum-seeking couples could be forcibly separated.

Støjberg cut the key passage from the draft instruction put together by ministry officials to give the statement “political” character, she said.

The directive itself – which would have included a clause on individual assessments – should have been sent in its original form, but was not, said Støjberg, according to DR’s report of the parliamentary hearing.

The ministry of immigration acted in February 2016 to forcibly separate all asylum seekers under 18 years of age living in asylum accommodation from their partners, regardless of whether the couples had children.

The Ministry of Immigration (Udlændinge- og Integrationsministeriet) was subsequently advised by the Ministry of Justice that individual assessments of cases would be required before couples could be separated, according to the report.

On July 1st 2016, new directives were issued by the immigration ministry stipulating individual assessments, and separated couples were again allowed to live at the same accommodation.

But an internal ministry mail was also sent warning Støjberg of the legal issues with the order on 9th February 2016, the day before she made the order, newspaper Politiken reported last month.

Frustrated opposition MPs said that they were no closer to getting to the bottom of the issue following Thursday’s five-hour long consultation with Støjberg and have now requested a second hearing.

“This is one of the most unreal things I’ve ever witnessed in parliament,” the Red-Green Alliance (Enhedslisten) MP Johanne Schmidt-Nielsen told Ritzau after the hearing.

“We are simply faced with a minister that acts almighty, and consistently fails to answer our questions, speaks imprecisely, and changes her explanations.”

Josephine Fock, spokesperson for economy, finance, employment and law with the Alternative party, who called for Støjberg’s resignation prior to the consultation, said she was in “deep shock”.

“My position has not become softer. Now we have to send all these questions in written form and request a new hearing,” she said.

Social Democrat Mattias Tesfaye said that Støjberg’s statements during the hearing could not be entirely true.

“There is surely some of it that is true, but it can’t all be true, because she is saying things that are contradictory,” Tesfaye said.

“Suddenly her illegal instruction wasn’t an instruction, but just a press statement that was never assessed by the civil service” [legal advisors within the immigration ministry, ed.].

“But previously she said that the instruction was deemed legal by the civil service. Both things can’t be true at the same time,” Nielsen said.

“I’m also disinterested in what the minister calls it. What’s important is that the asylum centres acted on it, thereby breaking the law that [separations] must not be made without individual assessments,” the MP added.

Schmidt-Nielsen told Ritzau that she believed Støjberg had “in all probability… broken the law on purpose.”

“The [parliamentary] ombudsman has confirmed that what she did was illegal. Støjberg herself has admitted it. The question is whether she did it knowingly.

“It is completely essential for our democracy for us to be able to trust that ministers abide by the law,” Schmidt Nielsen said.

Støjberg, known as a hardliner on integration, has long been a controversial figure in Danish politics.

The Liberal (Venstre) party immigration minister looks unlikely to lose her job over the issue, with the anti-immigration Danish People’s Party, the only non-government party not in opposition, having declared its full confidence in her, reports Ritzau. 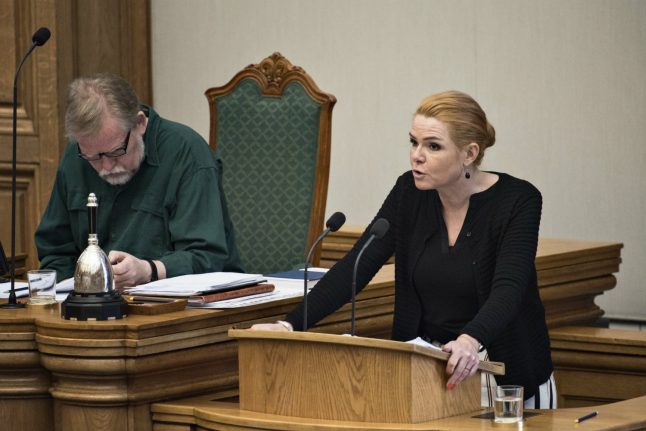 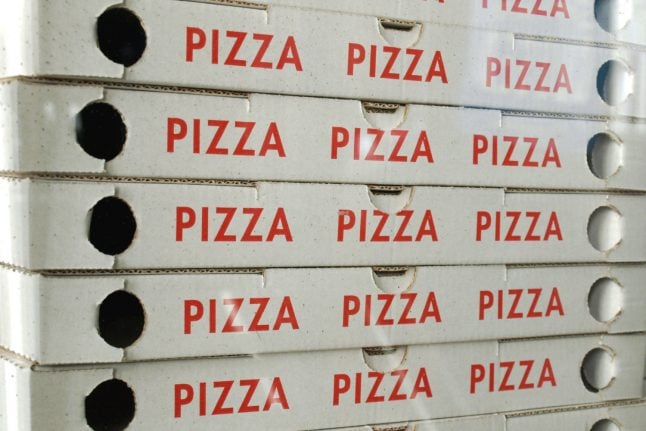