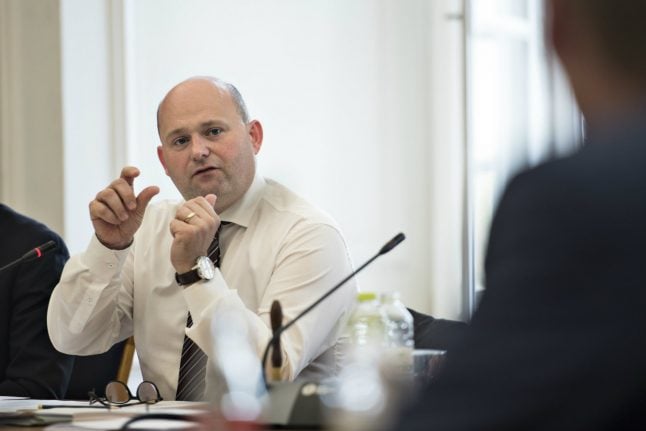 Weapons can be given up to police freely between June 1st and June 30th, the ministry announced via a press release Monday.

The amnesty was put in place by justice minister Søren Pape Poulsen in collaboration with the public prosecution and police, the ministry said.

Poulsen, who took over as minister for justice following the formation of Denmark’s coalition government in November 2016, announced a new set of measures against biker gang activity, which is closely related to much of Denmark's organised crime, in March this year.

The aim of the June amnesty is to reduce the number of weapons such as guns, knives, and hand grenades in circulation, said the ministry.

Weapons, as well as ammunition and explosive material, can be handed in anonymously during the amnesty period without any charges being brought for acquiring or possessing them.

The minimum sentence for possession of weapons or explosives has been increased from one to two years’ imprisonment as part of the anti-crime campaign introduced by Poulsen.

The minister said that he hopes the harsher sentences would encourage people possessing weapons to take advantage of the amnesty period.

“Last year there were 54 shooting incidents in public places related to biker gang and other gang-related conflicts. That’s not how things should be in Denmark. Everyone should be able to go safely wherever they want,” Poulsen said via a press statement.

“The amnesty is one of several initiatives introduced in the [anti-gang crime] package that will restrict criminals’ access to weapons. If this exclusive opportunity to hand in weapons under amnesty is not taken advantage of, only tougher punishment for possessing illegal weapons and using weapons in public remain,” the minster continued.

Similar amnesties in 2009 and 2013 both resulted in tens of thousands of weapons being submitted to police, according to the ministry, with 9,589 and 19,426 items handed during in the two years respectively.

Although weapons can be handed in by any member of the public and not just gang members, the reduction of weapons in circulation will make it harder for them to be acquired by the targets of Poulsen’s campaign, says the ministry.