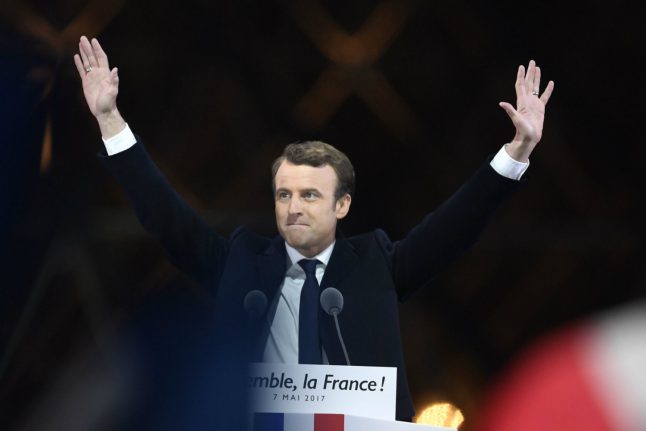 Several of the Danish politicians used words like ‘hope’ and ‘cooperation’ in social media reactions to the French election.

Others expressed relief at what they said was the best result for a united Europe, after Macron defeated far-right Front National candidate Marine Le Pen.

“We can achieve more together than on our own. Looking forward to our cooperation,” wrote Prime Minister Lars Løkke Rasmussen on Twitter.

Congratulations @EmmanuelMacron! We can achieve more together than on our own. Looking forward to our cooperation. #Presidentielle

The nationalist, EU-sceptic Danish People's Party's foreign policy spokesman Søren Espersen was also quick to congratulate Macron on Twitter, writing that he hoped the election of the 39-year-old pro-EU centrist would be “of benefit for the great, admirable French people.”

But the leader of Espersen's party , Kristian Thulesen Dahl, did not hide his regret at the defeat of fellow populist Le Pen, writing on Facebook that the EU's leadership had “got its man elected”.

“Now they are setting up for more EU and less nation-state. As well as a tough position against the British, so that they feel punished for leaving the EU,” Dahl added.

Denmark's opposition parties were broadly positive in their reactions to Macron's victory, with the Social Liberal (Radikale Venstre) leader Morten Østergaard writing the France had chosen “the future instead of the past. Hope instead of fear. Cooperation instead of isolation. Macron instead of Le Pen.”

Uffe Ulbæk, leader of the green Alternative party, also expressed his enthusiasm for the French result.

BIG time congratulations @EmmanuelMacron from all of us at @alternativet_ Your victory gives us (green) hope for France and Europe. Yes!Yes!

Nick Hækkerup, foreign policy spokesperson with the Social Democrats, Denmark's largest party in opposition, wrote that the best thing about the outcome in France was the “victory over nationalist populism” that had seen success elsewhere in Europe and the United States.

With 36.6 percent of the vote, Inuit Ataqatigiit (IA) was ahead of Siumut, a social democratic party that has dominated politics in the Danish territory since it gained autonomy in 1979.

“Thank you to the people who trusted us to work with the people in the centre for the next four years,” IA leader Mute Egede said on KNR public television after the results were announced.

IA, which was previously in opposition, is expected to grab 12 out of the 31 seats in the Inatsisartut, the local parliament, up from eight currently.

But without an absolute majority, the most likely scenario is that IA joins forces with smaller parties to form a coalition.

Siumut, which headed the outgoing government, was partly weakened by internal struggles. It gained 29.4 percent of the vote, still two percentage points higher than its results in the 2018 election.

The dividing line between the two parties was whether to authorise a controversial giant rare earth and uranium mining project, which is currently the subject of public hearings.

The Kuannersuit deposit, in the island’s south, is considered one of the world’s richest in uranium and rare earth minerals — a group of 17 metals used as components in everything from smartphones to electric cars and weapons.

IA has called for a moratorium on uranium mining, which would effectively put a halt to the project.

Divisions over Kuannersuit originally triggered the snap election in the territory after one of the smaller parties left the ruling Siumut coalition.

Opponents say the project, led by the Chinese-owned Australian group Greenland Minerals, has too many environmental risks, including radioactive waste.

Egede told KNR he would immediately start discussions to “explore different forms of cooperation” before forming a coalition government.

The 34-year-old, who has been a member of the Inatsisartut since 2015, took over the reins of the left-green party a little over two years ago.

Snow fell over the capital Nuuk as voters queued at polling stations on Tuesday, with roughly 40,000 people eligible to vote in the legislative elections.

Face masks were handed out to voters entering a Nuuk polling station. There have only been a total of 31 confirmed Covid-19 cases and no deaths in the isolated territory.

“I’m voting for a party that says no to uranium,” 40-year-old Henrik Jensen told AFP as he left his polling station.

Polling stations closed at 8pm throughout Greenland, but in Nuuk officials decided to keep the doors open a while longer as latecomers were still lining up outside in the early evening.

The election campaign for parliament’s 31 seats has also centred on fishing, the main driver of Greenland’s economy.

And at a time when young Greenlanders are reconnecting with their Inuit roots and questioning their Danish colonial heritage, social issues and cultural identity have also been part of the debate.

READ ALSO: What you need to know about the elections in Greenland

A strong local economy is crucial if the island wants to gain full independence from Copenhagen someday.

Denmark, which is not opposed to Nuuk’s independence, gives the island annual subsidies of around 526 million euros, accounting for about a third of its budget.

Greenland plans to develop its fishing, mining and tourism sectors, as well as agriculture in the southern part of the island which is ice-free year-round.

For Cambridge University Arctic specialist Marc Jacobsen, keeping the option of large-scale mining open is the reason why Greenland has not signed the Paris climate accord.

The treaty lets states decide their own measures to meet the common goal of keeping global warming under two degrees Celsius.

“Signing the Paris Agreement would not allow them to develop any big mining project,” Jacobsen noted.

And yet the Arctic has been warming twice as fast as the rest of the planet since the 1990s, dramatically affecting the traditional way of life for Inuits, who make up more than 90 percent of Greenland’s population.

IA has vowed to sign the Paris Agreement if it comes to power.

PARTNER CONTENT
Your vote matters: get your US election ballot in today 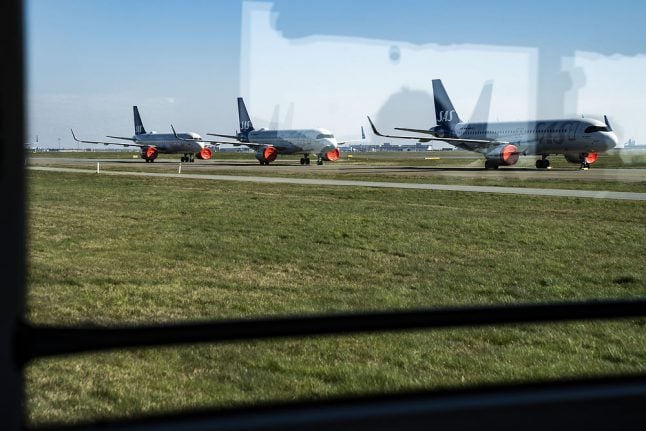 TRAVEL
Denmark advises against travel to France due to increase in coronavirus cases
Url copied to clipboard!