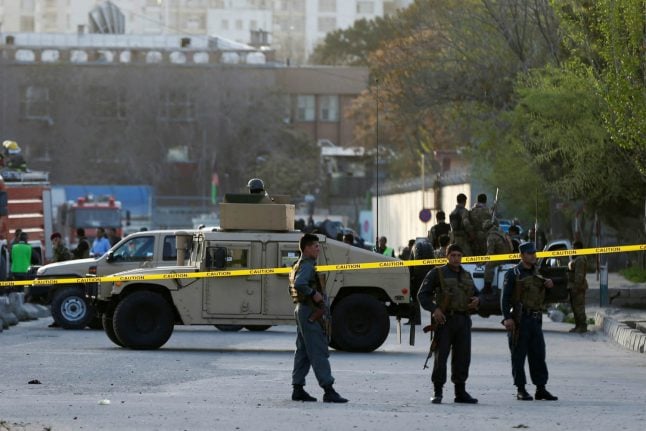 Afghan policemen keep watch at the site of a suicide bomb attack in Kabul on April 12, 2017. Photo: Omar Sobhani/Reuters/Scanpix

The elderly woman would not survive for two days in Kabul, says her daughter, who also lives in Denmark.

Danish authorities have rejected Waziri’s asylum application and have requested her to present at the Sandholm asylum centre so that she can be deported, reports newspaper Politiken.

Leif Randeris, who heads the Aarhus office of Danish Immigrant Counselling (Indvandrerrådgivning), told the newspaper that he had received verbal confirmation from the police that Waziri had been listed for deportation, and that she could be arrested if she did not voluntarily present at Sandholm.

The 70-year-old-woman has advanced senile dementia, has suffered from strokes, has reduced mobility and suffers from chronic high blood pressure, reports Politiken.

Her daughter, Marzia Waziri, who has lived and held residency in Denmark for 25 years, told the newspaper that her mother would not survive for more than two days in Afghanistan.

Ms Waziri lives with her mother in Aarhus and also acts as her carer, and has two children of her own who are Danish citizens. She told Politiken that she “did not want to think about” what might happen should her mother travel to Kabul.

“We have no family left in Afghanistan that would be able to receive her. We are two siblings living in Denmark,” she said.

Randeris told the newspaper that he applied to the Ministry of Immigration for a humanitarian residence permit on Waziri’s behalf last year, but has not yet received a response.

Both the Danish foreign ministry and American embassy in Kabul currently have strong warnings against travel to Afghanistan on their websites, the latter calling the security situation “extremely unstable”.

Rigspolitiet, the highest level of the Danish police and responsible for deportations, wrote in a mail that “deportations are carried out on an ongoing basis, and Rigspolitiet is, due to the nature of the task of deportation itself and out of consideration for the people involved, unable to comment on where and when it takes place,” reports Politiken.

But NGO Welcome to Denmark told the newspaper that it had received information that an extensive deportation of rejected Afghan asylum seekers had been slated for the near future.

The organisation also said that it would place activists at airports that could potentially be used for the deportations, the last of which took place in February from Odense, when 16 people were deported.

Marzia Waziri told Politiken that she was “very scared that the police will suddenly be here to take (her mother) to Ellebæk [detainment centre for rejected asylum seekers, ed.]”.

“She doesn’t know her own medicine… She wouldn’t survive in my apartment if she was left alone. She cannot hold water and has to use diapers. She forgets to chew her food and chokes on it. I don’t know how many times we’ve contacted emergency services,” she continued.

The Afghan deportations were “deeply indefensible,” Søren Warburg of the Welcome to Denmark organisation told Politiken.

“We think what is going on should be made public. If this is the government’s immigration policy, then it should own up to it publically, so we can have a discussion about what is happening,” he said.

The deportations take place in accordance with a tripartite agreement between Denmark, Afghanistan and the UNHCR on rejected asylum seekers.

The agreement was made in 2004 and remains valid but has not been made public.

Politiken reports that Rigspolitiet had 109 rejected Afghan asylum seekers listed for deportation as of March. 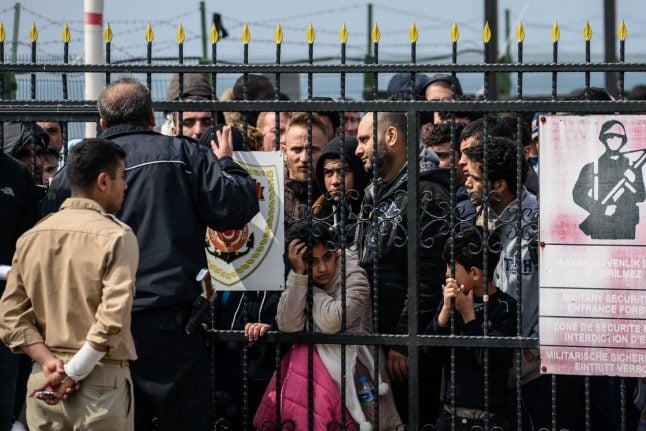 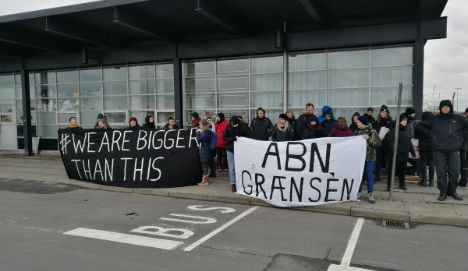