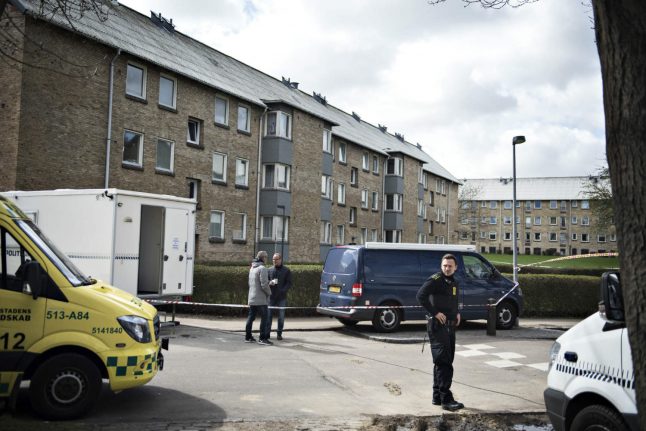 A routine patrol was sent to the address in response to a report of domestic violence.

Deputy inspector and leader of the investigation Ove Bundgård Larsen told the newspaper that police were meet by a “terrible scene” on entering the apartment, with “lots of blood” and signs of a struggle.

“When they arrived at the apartment they could see that there were several murdered people and of course called for reinforcements,” Larsen said to broadcaster DR. One person, who has a connection to the address where the discovery was made, has been arrested and charged with murder.

“We are working with a theory that says this was a family murder,” Larsen told DR.

The inspector declined to go into further detail relating to the relation of the arrested person and the family, nor would police confirm the exact number of deaths.

“We are working on securing the apartment, which we will now examine for clues,” he said.