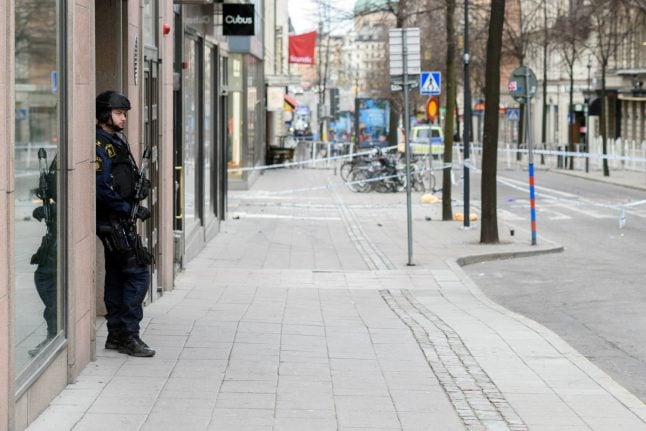 A policeman guard the scene of the attack in stockholm Friday. Photo: Reuters/Scanpix

Four people were killed and 15 injured when a truck drove into the Åhlens department store on Drottninggatan in the Swedish capital on Friday.

“PET is closely monitoring the situation after the events in Stockholm on Friday afternoon. PET is continually evaluating the consequences that the events in Sweden can have for Denmark,” said the security service statement, according to a report by news agency Ritzau.

Close contact has been kept with Danish police and Swedish authorities, reports Ritzau.

Denmark’s police service notified the public to its alertness to events via Twitter on Friday afternoon.

“The police is following the situation in Stockholm and will make ongoing assessments of whether further measures are required at home”, wrote the police on Twitter Friday.

Forces are already on a high level of alert, the police added.

Neighbouring Norway increased its own security level Sunday after an unexploded bomb was diffused in Oslo on Saturday night.

Norwegian authorities are currently trying to determine whether the Oslo bomb scare was an attempted terrorist attack or a badly-advised prank.