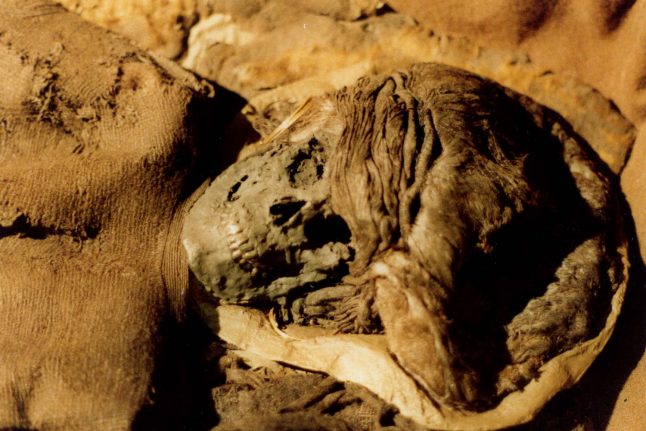 A groundbreaking new study has shown that the Skrydstrup Girl, who was discovered in a burial mound in 1935, was neither born nor raised in Denmark.

“This is going to change a whole lot about our understanding of the entire Bronze Age,” Professor Karin Margarita Frei of the National Museum of Denmark says in the programme.

Frei is leader of a research team that will publish a paper later this year, reports DR.

In 2015, another famous Danish preserved body, the Egtved girl, also caused a stir when it was discovered that she originated from southern Germany rather than territory within modern-day Denmark.

This adds to the fascination of the new Skrydstrup girl discovery, reports DR.

“The result is important because it shows that the Egtved girl was not a freak occurrence. It appears there is a pattern that is telling us how people, and in this instance women, moved around during the Bronze Age,” Frei, who also led the Egtved girl study, told the broadcaster.

Researchers found that the Skrydstrup girl arrived in Denmark at the age of 13 or 14, before which she lived in a region “several hundred kilometres” away – possibly the Czech Republic, France or central Germany.

The young woman lived in the area around Skydstrup for four years before dying as a 17-year-old in around 1300 BCE, according to the DR report.

Remnants of tooth, bone and hair enabled researchers to map out the life of the woman in a way not possible with previous finds such as the Egtved girl.

“Her burial place in Denmark suggests that she was a member of society’s elite, probably from prior to her arrival. For example, her teeth tell us that she had a nutritious diet from a young age, which can be a mark of high status,” Frei said.

The sudden long-distance migration may be the sign of an alliance between tribes or an arranged marriage, Frei told DR.

Kristian Kristiansen, professor in archaeology at Stockholm University, told DR that the results of the study are significant for understanding the Bronze Age.

“The Skrydstrup girl shows that the Bronze Age was a globalised era. People moved from south to north because of marriage, and went on long trade journeys. Archaeology has long shown this, but now we also have evidence from the natural sciences that it was the case,” said Kristiansen.

More about the Bronze Age research of Frei and the National Museum of Denmark can be found here.