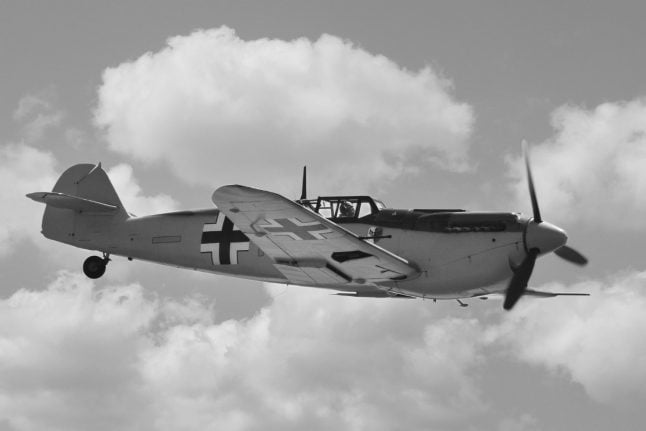 Wunderlich was flying a Messerschmidt Bf 109 similar to the one in this photo. Nyvlt_art/Depositphotos

Pilot Hans Wunderlich was 19 years old when his fighter plane crashed over the Danish village of Birkelse.

The wreckage of the aircraft and the pilot's remains were discovered earlier this month by a local schoolboy and his father walking through fields near their home.

German national information office Deutsche Dienststelle told local news media Nordjyske that authorities had been unable to locate either serial numbers on the aircraft’s fuselage or the identity tags the pilot would have been wearing around his neck.

But the Berlin organisation was eventually able to identify the young man using a soldier’s log book and a hand-written name on the cover of a food coupon booklet recovered from the crash site.

The crash happened on October 10th 1944, according to German archives, which record a “deadly crash in marshy terrain. Excavation work was postponed, since this was in vain.”

The aircraft would not be excavated until Danish schoolboy Daniel Rom Kristiansen found it using a metal detector over 70 years later.

Wunderlich’s parents died many years ago and the young pilot was unmarried with no children. His only sibling, a sister, died in 2006, also without children.

With no surviving close relatives or ancestors, authorities were left with no family members to inform of the discovery of pilot and aircraft, Lieutenant Colonel Hans Söchtig of Deutsche Dienststelle told Nordjyske.

Wunderlich’s remains are currently being kept at Aarhus University’s Department of Forensic Medicine. The German War Graves Commission (Volksbundes Deutsche Krigsgräberfürsorge) in Kassel, which is responsible for burying Second World War soldiers, will make the decision on the pilot’s final resting place.

He is “likely to be laid to rest at a war cemetery in Denmark,” Söchtig told Nordjyske. 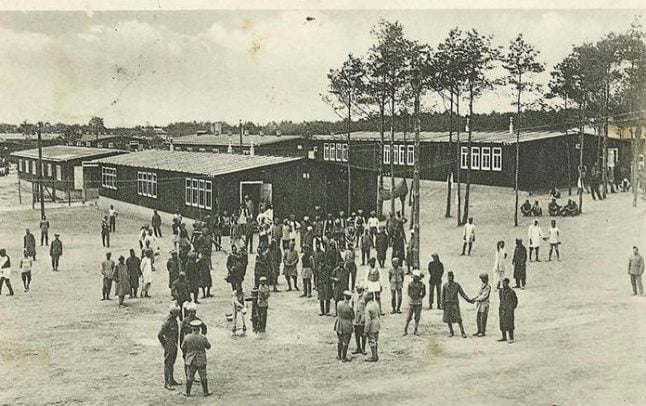 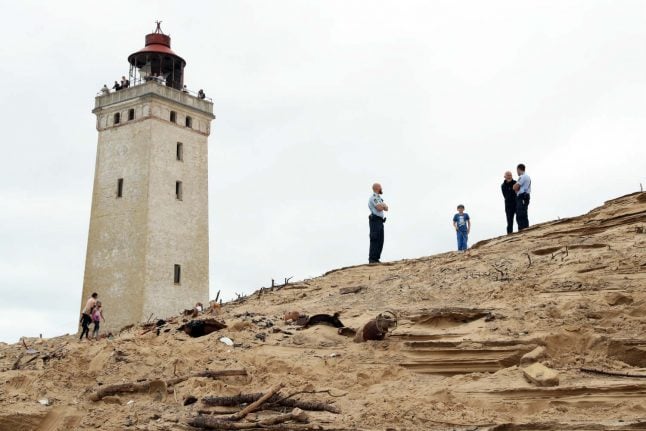 One such soldier, Sepoy Bhader Khan, was on-board a hospital ship, the Formosa, when, on January 6th 1919, he died of a suspected heart condition.

Bhader Khan was a regular soldier with the 59th Scinde Rifles (Frontier Force), a diverse regiment made up of Pashtuns, Sikhs, Dogras and Punjabi Muslims. He came from the village of Dhiot, near the town of Rawalpindi in modern-day Pakistan, then part of pre-partition, colonial India.

Following heavy losses in the opening months of the First World War, the British Army brought the professional soldiers of the Indian forces to Europe in September 1914 – Bhader Khan among them.

They were soon in the thick of the fighting, holding the line in northern France and Belgium during one of the harshest winters on record. In October, the Scinde Rifles were in action at the battles of La Bassée and Armentieres in France, before moving north into Belgium to defend the town of Ypres.

It is likely that Bhader Khan was captured on December 20th 1914, when German troops attacked the British front line near the village of Givenchy.

Indian prisoners reported being reasonably well looked after by their German captors, although the quality and quantity of food decreased markedly as the war progressed. They were also of great curiosity to the German medical staff and soldiery, but also to other prisoners, many of whom had never met a non-European. An unrelated photograph of an Indian sepoy (soldier), thought to have been taken during WW1. Photo: Peter Curbishley/Flickr

After the end of the hostilities in November 1918, British prisoners of war, including those from countries which were then colonies, and civilian internees at camps in north eastern Germany were transported back to Britain via Denmark, in what was subsequently referred to as the Danish Scheme.

In cooperation with the Red Cross, Danish doctors and nurses were employed to assist in the medical treatment of the returning servicemen and civilians during their short stay in Denmark, with some of the returnees suffering from wounds, disease or malnutrition.

Bhader Khan was on this return journey onboard the Formosa when, on January 6th 1919, he died of a suspected heart condition.

He was buried in Copenhagen’s Western Cemetery (Vestre Kirkegård) on January 11th, along with two other soldiers who had recently died: Private Moody of the Australian Imperial Force, and Private Patience of the Wiltshire Regiment. All three were given a military funeral by British and Danish troops.

In accordance with Khan’s Muslim faith, the British had tried to get hold of a Muslim cleric who could take care of the necessary rituals such as washing the body, but they were not able to find one in the Danish capital.

Advice was sought from those who knew about Islamic burial traditions and a Captain Davidsen, who had lived for several years in Muslim countries in order to study their culture, was close at hand.

The two other soldiers, Patience and Moody, were buried in a double grave while Khan was buried in a separate plot with his head facing Mecca. The first verse of the Quran was read, the Danish guard of honour fired a salute and “The Last Post” was played.

An estimated 192,000 servicemen from Britain and the countries which were then part of its empire were taken prisoner during the First World War. The majority would survive their captivity to return home, but some did not. In Germany alone, the Commonwealth War Graves Commission (CWGC) commemorates some 6,500 Commonwealth servicemen of the First World War, most of whom died in captivity as prisoners of war.

Some 162,000 military and civilian personal were repatriated from Germany, of whom an estimated 40,000 were sent home via Denmark under the Danish Scheme, the majority travelling between November 1918 and January 1919.

Denmark was a favourable collecting and distributing centre for the thousands of POWs who might otherwise have to wait for months before they could be transported. The breakdown of the German railways and the potential congestion in France, Belgium and Holland; and the resources and information available at the British Red Cross in Copenhagen were key factors, as was the closeness of ports at Stettin and Danzig to Copenhagen.

The willingness of directors of Danish shipping companies to assist in the scheme, chartering ships and victualling them on a no-profit basis; the use of northern UK ports to hasten turnaround times; and the willingness of Red Cross personnel in Copenhagen to go to Berlin to arrange collection of the men at the ports were also part of the role played by the Danish capital.

Though many of those captured were wounded, the majority would survive their captivity to return home, but an unfortunate few would never see freedom again.

In a press statement, the CWGC urged people to pay tribute to servicemen and women who are buried far from home.

A tribute entitled Far From Home, Not Forgotten, is aimed at encouraging communities in the UK to discover and remember the stories of Commonwealth casualties whose war graves may be found in local cemeteries and churchyards – including Vestre Kirkegård.

“Thousands of Commonwealth servicemen and women who died during and after the First World War were buried far from home – their graves a lasting legacy of the extraordinary displacement caused by the war,” Liz Woodfield, CWGC’s director of information and communications, said in the press statement.

“We believe the remarkable stories of these men and women illustrate the diversity of the Allied war effort, and that this simple tribute… will show that we, as a grateful nation, have not forgotten their service or their sacrifice,” Woodfield said.

More information about the CWGC tribute can be found on the commission’s website and via its social media channels using @CWGC.

The historical accounts included in this article were provided to The Local by the Commonwealth War Graves Commission. 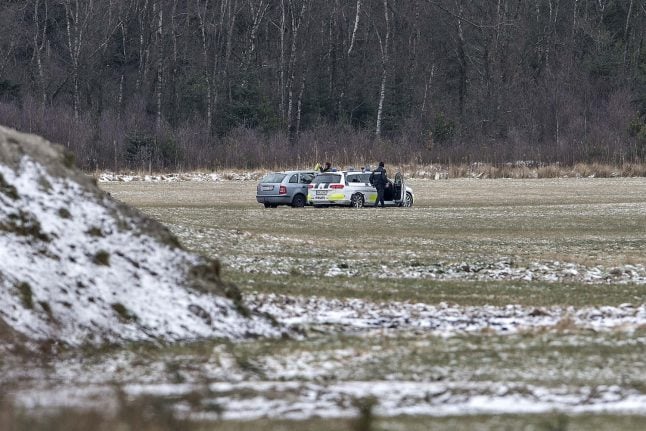 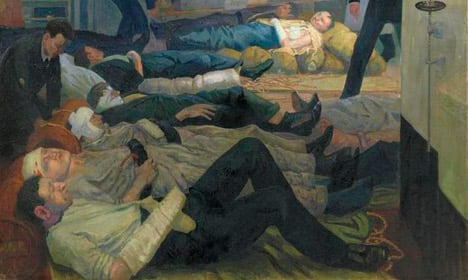