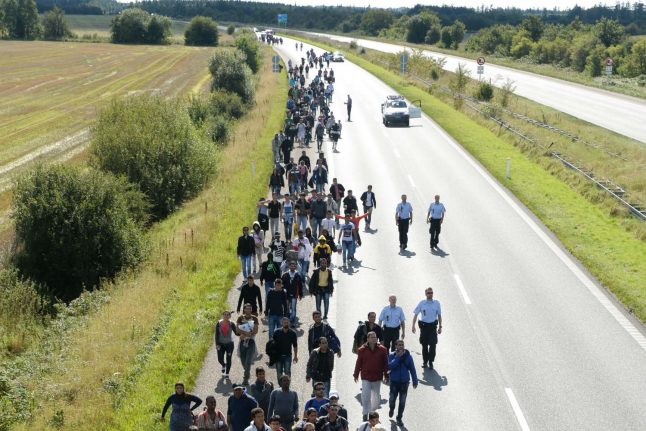 Children could be turned away from the border without any assessment of their claims for asylum, should a proposal by the Danish government become reality.

The government’s proposal for the so-called ‘emergency brake’ (nødbremse) law, originally proposed in September 2016, would allow completely closed borders in an emergency situation.

In such a “crisis situation”, the EU’s Dublin Regulation would not apply, according to the proposal put forth by the government. What actually constitutes the crisis situation is yet to be fully clarified.

Integration minister Inger Støjberg has said that, had all other factors been identical, the ‘emergency brake’ would have been applied during the September 2015 influx of refugees which saw large groups walking along motorways in southern Denmark.

There had been doubt as to whether the emergency brake provision for closing borders, which has now reached the agenda for parliamentary voting, would include any provision for unaccompanied minors or whether they would be excluded from it.

While no statement on minors is included in the proposal itself, Politiken reports that the Ministry for Integration informed it in an email that “in principal, everyone will be turned away – including unaccompanied minors. There may be exceptions, however, for example if the parents are already in Denmark.”

Humanitarian organisations and opposition political groups have already voiced their outrage at the potential law change.

“If there are three children standing alone at the border, and we as a country say ‘tough luck’ – I think that is so small-minded that it almost can’t get any smaller,” Sofie Carsten Nielsen, deputy leader of the Social Liberal (Radikale Venstre) Party, told newspaper Politiken.

The proposal was scheduled to be brought up in parliament on Thursday.

1,184 unaccompanied children came to Denmark in 2016, according to government statistics. But many of those included in the figures were boys between 15 and 17 years old, according to Støjberg.

Støjberg said that should, for example, a 10-year-old girl present at the border, the emergency brake rules would also apply in this case.

“The fact of the matter is that if you come here as an unaccompanied minor then you have travelled through Germany and other countries, so you are not coming from an unsafe country,” Støjberg told Politiken.

“When vulnerable refugee children come here after a dangerous journey, the last thing they need is an otherwise progressive and child-friendly country sending them away,” Save the Children Denmark’s general secretary Jonas Keiding Lindholm told the newspaper.

The largest opposition party, the Social Democrats, said that it would be supporting the government proposal for the emergency brake law.

“I find it hard to imagine that we will not be supporting the final proposal,” said the party’s naturalisation spokesperson Mattias Tesfaye, according to Politiken.

Other critics of the proposal, including the Red-Green Alliance (Enhedslisten), have called for Støjberg to explain how police officers will be able to make qualified assessments of children’s best interests when they present at the border – a task that does not lie within the police remit.