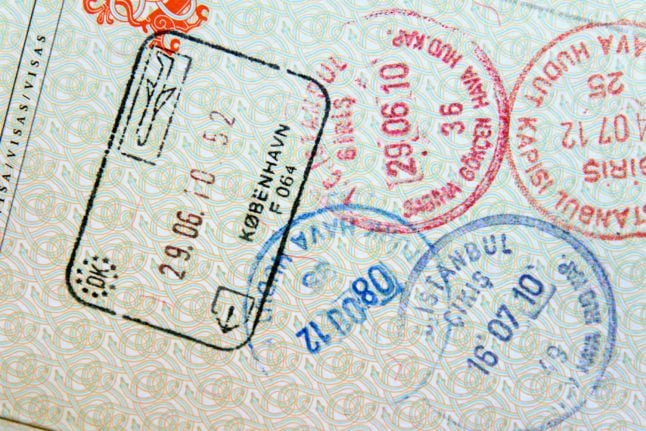 Denmark changed the law in 2015, allowing for the first time those eligible for Danish citizenship to apply to become Danes without renouncing their pre-existing citizenship.

The nationalist Danish People’s Party (DF), which was against the law change at the time, came out against it again last week, with party leader Kristian Thulesen Dahl saying that it was not possible to be both “Dane and Turk”.

“If it was up to me, immigrants in Denmark would have to choose. If they want to be Danish citizens, they have chosen to be Danish. They can’t then also be Turkish or Syrian or something else entirely. So the rules on dual citizenship are a mess,” wrote Dahl on DF’s website.

Allowing Turkish citizens who have also become Danish citizens to vote in Turkish elections was “completely absurd” and “demonstrates how wrong it is that a majority in parliament have passed dual citizenship,” wrote Dahl.

Dahl's comments came after a diplomatic row between Turkey and the Netherlands over Turkish ministers' being barred from campaigning in the Netherlands; and Denmark’s prime minister Lars Løkke Rasmussen requesting that his Turkish counterpart Binali Yildirim postpone a visit to Copenhagen.

Espersen has, however, also said that Danes based abroad should have the right to vote at home.

“But they have only one citizenship,” Espersen told newspaper Politiken.

Anne Marie Dalgaard, general secretary of Danes Worldwide, says that scrapping dual citizenship in Denmark would be in the worst interests of Danes abroad as well as newcomers to Denmark.

“At Danes Worldwide we can see that the 2015 law, in which Denmark made it possible to take dual citizenship, has been vital for our members. It means that Danes in, for example, the US can take American citizenship and thereby take part in American society as fully fledged, loyal citizens, while simultaneously being able to retain their Danish citizenship and thereby Danish identity and sense of belonging,” Dalgaard wrote to The Local in an email.

Danes Worldwide, which works in the interests of 250,000 Danes abroad in the aim of helping them to become global citizens, offers advice on economy, education and rights to its members.

Dalgaard also said that voting in two different countries was an important consideration for the democratic rights of those that have move from one country to another.

“Many countries only allow you to vote once you have been granted citizenship. If, like in Denmark, it takes several years to achieve this, then you can end up stranded between the laws of two countries, falling out of the system in both your home country and your new country of residence. It is not least for this reason that it must be possible to vote in two countries – then we can let people decide themselves whether they want to use that right,” she wrote.

“It is also our stance that the vast majority of countries that allow dual citizenship and give voting rights to their citizens abroad are democratic countries that want to ensure their citizens have exactly that fundamental democratic right – being able to vote in parliamentary elections. Denmark should therefore naturally be a member of that club,” she added.