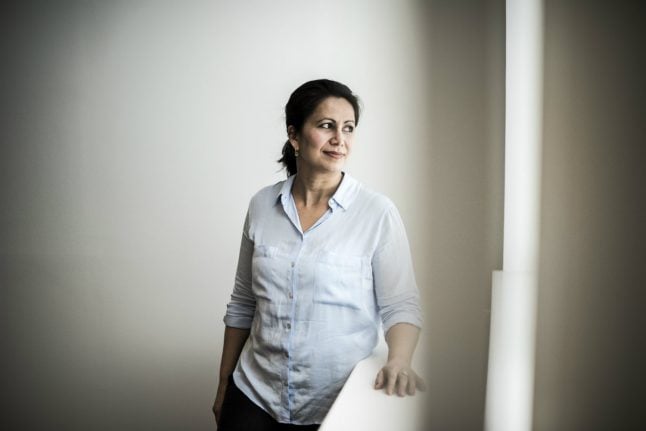 Former MP Özlem Cekic is one of the Danish-Turkish profiles who says she has been threatened with denunciation to Turkish authorities. Photo: Asger Ladefoged/Scanpix

Samuelsen said that Danish Turks being denounced to Turkish authorities for being critical of President Recep Tayyip Erdogan was “in no way acceptable”.

Former MP and NGO founder Özlem Cekic told the newspaper that she had received a message on Facebook from a person that they would “report [Cekic] to the authorities in Turkey and hope that you are put on their clean-up list, so you get blacklisted”.

The Turkish chargé d’affaires has been summoned to a meeting at the Ministry of Foreign Affairs on Monday.

“This is completely unacceptable. In principle informing is the concern of the police,” Samuelsen told news agency Ritzau.

The minister said that the aim of the meeting would be to get “clarity over what they may or may not know about this issue”.

Summoning an envoy is a normal step in diplomatic procedure.

The accusations of informing are not the first diplomatic obstacle faced by the two countries in recent times. Last week Prime Minister Lars Løkke Rasmussen requested that his Turkish counterpart Binali Yildirim postpone a planned visit after Turkish government representatives were barred from holding referendum campaign meetings in Germany and the Netherlands, to the fury of Erdogan and his government.

This lead to the nationalist Danish People’s Party questioning whether Denmark should allow dual citizenship, which was only introduced in the country in 2015.

Both Cekic and Social Democrat MP Lars Aslan Rasmussen have stated that they fear being informed on to the Turkish state, reports Ritzau.

“I fear being arrested. It happens to foreign citizens too, so having a burgundy-coloured passport does not make you safe,” Cekic said.

According to Berlingske, a media company in Turkey announced after last year’s failed coup a direct line to the President’s office.

The line was advertised as one through which people who supported the Gülen movement – accused by the Erdogan government of being behind the attempted coup – could be denounced.

Correction: A previous version of this article stated that it was Turkey's ambassador, rather than chargé d’affaires, that had been summoned by the Danish foreign ministry.