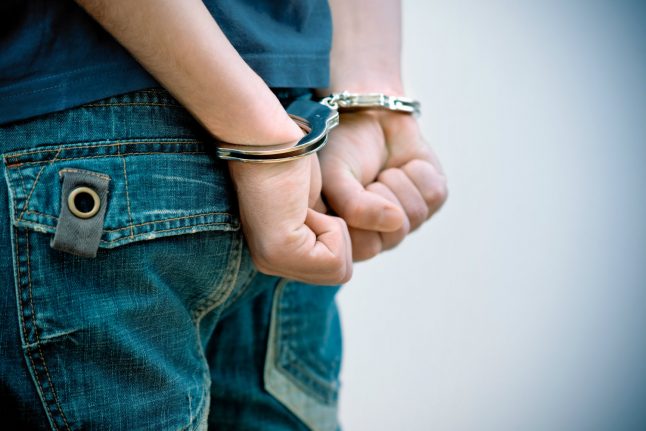 The reduction in the minimum criminal age, along with the creation of a youth court, was proposed by conservative parties prior to the last election.

But the new coalition government, formed in November 2016, has drastically changed its position on tackling youth crime.

The less-comprehensive reform set to be presented by the government some time during the next few weeks will have minors under the age of 18 instead tried by youth crime boards in individual police districts, reports news weekly Mandag Morgen.

Under the alternative proposal described in the report, the judge-led youth crime boards (ungenævne) will work with social authorities to designate an appropriate response – a form of community service, for example – each time a minor between 12-17 years old breaks the law.

This means that lawbreakers in this age group will not be faced with a criminal conviction or permanent criminal record.

In 2010 the then-government, also a centre-right coalition, reduced the minimum criminal age to 14. Two years later, the successor centre-left coalition increased it to 15.

The right-wing Danish People’s Party (DF), which is not part of the coalition government, proposed a reduction to 12 years as far back as 2007 – a position then adopted by other conservative parties prior to the 2015 general election.

Henrik Dam, chairperson of the Crime Prevention Council (Det Kriminalpræventive Råd), told Mandag Morgen that he saw the government’s change of plans as a positive step.

“We have nothing against reacting to crimes by 12-15 year-olds. But we do not want to mark them as criminals, as we know from the research that there is an increased risk of following the path to criminality after the first sentence has been given,” Dam said.

The National Council for Children (Børnerådet) said that it was also against reducing the minimum criminal age from 15.

“A minimum criminal age of 12 is completely against the essence of the UN’s Convention on the Rights of the Child. We should be thinking along the lines of social and pedagogical methods, not criminalisation and punishment,” Per Larsen of the organisation, a former chief inspector with Copenhagen Police, told the news magazine.

“The criminal prevention system has had unbelievable success in the last few years. Criminality amongst children and youths is falling. It’s going extremely well,” Larsen said.

One percent of 10-17 year-olds came under suspicion of or were charged with breaking the law in 2015, according to Ministry of Justice figures. This represent a 50 percent reduction since 2006, according to news agency Ritzau.