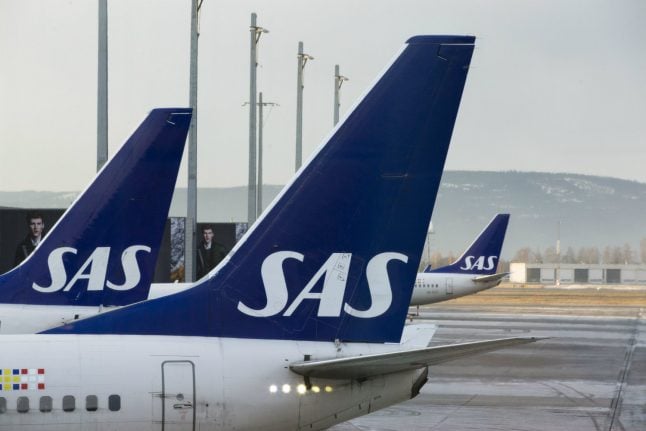 The commission has also issued fines to ten other airlines for similar irregularities.

American news service Bloomberg reported last week that the airlines, which also include Air France-KLM and British Airways, could expect punishment after attempts to reach a settlement failed.

In 2010 the EU Commission decided that SAS and ten other airlines were to be fined a total of nearly €800 million for coordinating their actions on fuel and security surcharges.

But the original case against the airlines was halted by the European Court of Justice (CJEU) in 2015 due to procedural problems and the airlines subsequently refunded, reports Swedish news agency TT.

The court has now withdrawn this decision, enabling the EU Commission, led by Danish commissioner Margrethe Vestager, to impose the penalties on the airlines for coordinating prices of both fuel and security over a period of six years up to 2010.

SAS denies any wrongdoings by its freight company SAS Cargo.

“We strongly question the European Commission’s move to reimpose a decision that has already been annulled once by the CJEU,” SAS head counsel Marie Wohlfahrt wrote in a statement.

The fines will affect SAS’ results for the second quarter of the financial year 2016/17, with the company expecting the appeals process to take several years, reports TT.