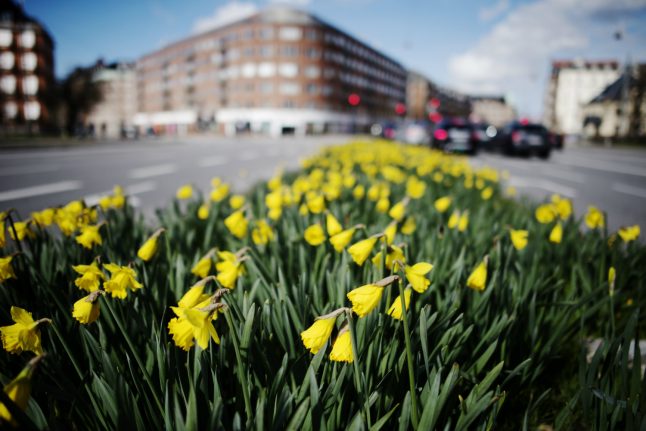 The eastern part of Jutland will feel warmest, with Funen, western Zealand and central Jutland not far behind, reports broadcaster DR.

In areas such as western Jutland and the island of Bornholm, cold sea temperatures will keep the temperature low, however.

A mild wind from the southwest will only have a slight effect on temperatures, says the report, while the sun will break through the clouds over the course of the day in northern Jutland as well as eastern parts of the country.

There is also good news for those hoping for spring to arrive in Denmark as soon as possible.

While late March and early April often throw up unpredictable weather, this year is set to see warm temperatures during the early part of spring, according to a report by the Danish Meteorological Institute (DMI).

“Spring has taken hold. The temperature will stay around or just above normal levels for this time of year in the coming weeks, while we will see changeable and windy weather at times,” said meteorologist Tim Petersson, according to DMI’s report.

The average temperature for late march is, however, only 5˚C (41˚F) – so there are still likely to be a few frosty mornings before the trees begin to blossom.