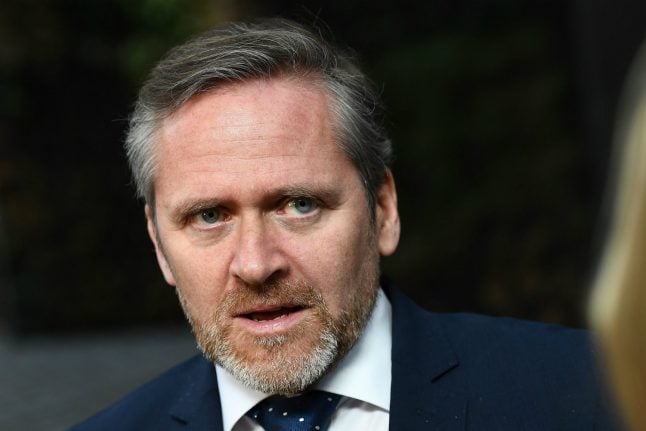 Liberal Alliance party leader Samuelsen relegated the issue of migration downwards on his list of priorities as foreign minister after his first 100 days in office.

The move represents a significant change in outlook for Denmark’s conservative ‘blue block’ governing coalition, with Samuelsen’s predecessor Kristian Jensen of the Liberal (Venstre) party having last year said that migration and refugees represented the biggest challenge faced by Denmark.

Samuelsen said that ensuring Denmark’s position as a ‘winner’ in globalisation was now the country’s most important foreign policy issue, with “the world changing” and fewer asylum seekers now coming to the country.

“In 2015 there were 16,000-17,000 arrivals. We are now down to a record-low number,” Samuelsen said to newspaper Jyllands-Posten, while noting that the situation is subject to change should an acute problem arise.

Samuelsen did not in fact even concede that migration was the second biggest priority for his ministry, saying that “a whole lot of problems” could constitute second place on the list.

“Things are extremely busy, and you are asking me to prioritise,” the minister said, naming Russia, China and poor growth in southern Europe as other potential foreign policy concerns for Denmark.

“It is highly worthy of criticism and disappointing that the foreign minister is talking down this challenge, and that migration is moving down on the list. But I am not surprised. Anders Samuelsen is a liberal,” DF’s immigration spokesperson Martin Henriksen told Jyllands-Posten, referring to Samuelsen’s history as a former member of the centre-left Social Liberal (Radikale Venstre) party.

Conservative Party foreign policy spokesman Naser Khader maintained that illegal immigration and refugees remain one of the country’s primary concerns, citing the mandate for the formation of the coalition government (containing Khader’s and Samuelsen’s parties along with the Liberal party) last year.

“[The mandate] says that we are facing the challenge of both Putin and immigration,” said Khader.