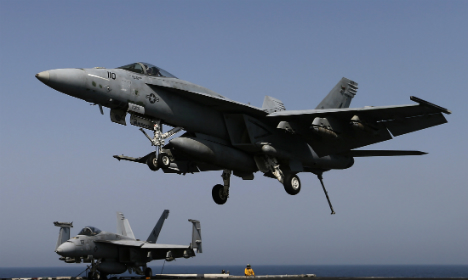 “Boeing has filed a lawsuit against the Ministry of Defence because the ministry has not responded to the request for access to the documents which are the foundation for the evaluation in the competition for the fighter jets,” Boeing said in statement on Thursday.

The government announced in June that it had selected Lockheed Martin's F-35s Lightning IIs over Boeing's F/A 18 Super Hornets in a deal valued at 20 billion kroner (€2.69 billion, $3.02 billion).

Boeing's F/A-18E/F Super Hornet and Eurofighter's Typhoon model had also been in the running for the order to replace Denmark’s fleet of F-16s, which had been debated for over ten years.

Boeing did not accept the decision, however, accusing the Danish government of basing it on flawed information that did not give the American group a fair chance.

In September, Boeing submitted a request to Denmark’s defence ministry requesting access to the documents used in the procurement evaluation process.

“We believe the ministry's evaluation of the competitors was fundamentally flawed and inaccurately assessed the cost and capability of the F/A-18 Super Hornet,” Debbie Rub, a Boeing vice president, said at the time.

Denmark is one of nine partner countries, that also include Britain, Canada and Turkey, who are helping pay for the futuristic F-35A fighter jet's development.