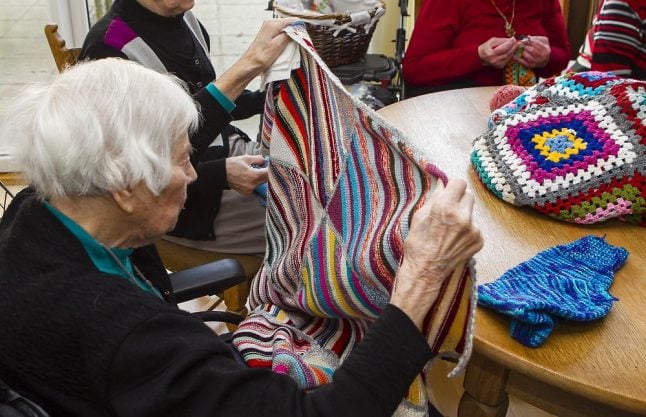 Women are far and away the majority in Denmark's centenarian club. Photo: Jørgen Kirk/Scanpix
Last year saw 1,143 Danes join the centenarian club and ageing researcher Kaare Christensen said there are a number of reasons for the new all-time high.
Christensen, a professor at the University of Southern Denmark, said that healthier lifestyle choices and better treatment options have Danes living longer than ever before.
“The 100-year-olds we have today have had better childhoods and friendlier workplaces. We also treat older people better for illness today than in the past,” he told news agency Ritzau.
The difference is not only down to technical advances but also a rethought approach to elder care.
“Just a few decades ago we had age limits for certain [medical] treatments. So if you hit a certain age, there were some treatments and examinations that you could not have,” Christensen said.
As is the case internationally, Danish women are much more likely to reach their 100th birthday than men. Last year 976 women celebrated a century of life compared to just 167 men. But Christensen said that will slowly change.
“Studies suggest that men don’t get the treatment they should. Future generations will be better at it in old age because they have more experience and training in navigating the health care system,” he said.
In fact, Christensen told broadcaster DR that an increasing number of Danish men and women will make it to their 100th birthday in the future.
“If we assume that the pattern of the past 150 years continues for the next 100 years, then half of the children born in this millennium will reach 100. No one knows if it will continue but I have a hard time imagining that it can't get better,” he said.
While Denmark may have a record number of 100-year-olds, a 2015 report from the World Health Organization (WHO) showed that Danish women have the lowest life expectancy in western Europe while Danish men had the third shortest life expectancy.
The life expectancy for Danes is 82.1 years for women and 78 years for men.