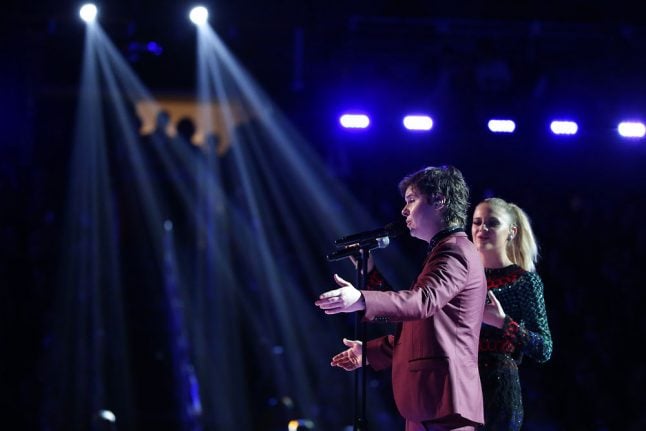 ukas Graham and Kelsea Ballerini perform at the 59th Annual Grammy Awards in Los Angeles, California, U.S. , February 12, 2017. Photo: REUTERS/Lucy Nicholson/Scanpix
Lukas Graham was up for three of the prestigious awards but was topped by British superstar Adele in two of the categories. Adele’s ‘Hello’ was named both ‘Record of the Year’ and ‘Song of the Year’, beating the Danish band’s smash hit ‘7 Years’.
The song also lost out in the ‘Best Pop Duo/Group Performance' category, where the statue went to ‘Stressed Out' by Twenty One Pilots.
Although Lukas Graham’s name didn’t get called in any of the three categories, the Danes still had a chance to shine on the biggest night in the music industry. The band performed their hit song in a collaboration with American country singer Kelsea Ballerini. A clip of the performance can be seen here.
Url copied to clipboard!