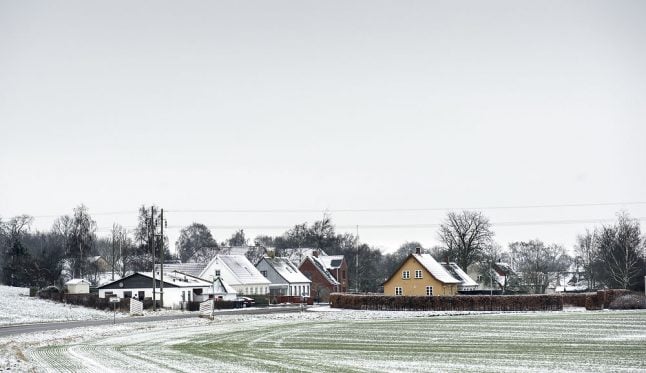 The case has been dubbed 'the Kundby case' by the Danish press in reference to the small village where the girl was arrested. Photo: Niels Ahlmann Olesen/Scanpix
Much of the case against the teenager has been kept secret over the past year since her arrest in the village of Kundby on the island of Zealand. Her court appearances have been held behind so-called 'double-locked doors', meaning all information is withheld from the media and the public.
See also: Danish girl who converted to Islam arrested with explosives
But on Friday the Copenhagen Public Prosecutor Office announced that the 16-year-old girl will be charged with an attempted terror attack for her plans to bomb the private Jewish school Carolineskolen in Copenhagen and her own school, Sydskolen in Fårevejle.
“The 16-year-old was, according to the indicted, far along in her preparations to bomb two schools. She is charged with having made preparations to make a bomb and for having planned a test explosion,” public prosecutor Lise-Lotte Nilas said.
“The prosecuting authority is therefore presenting a criminal case against her under the penal code’s provisions on terror,” she added.
According to numerous media reports, this marks the first time that a woman will be charged of violating Denmark’s terror laws.
Prosecutors also announced on Friday that a 25-year-old man who was also arrested and detained in connection to the case has been released and that he will face no charges. The man has previously fought alongside extremists in Syria and was described as “a friend” of the teenage girl.
See also: Danish teen planned to bomb schools: police
“The investigation of the 25-year-old man has been very extensive, and among other things the police have obtained electronic information from abroad in order to explore every corner of the serious suspicions against him. Therefore, it is only now that we have an overall picture of his role and this role does not give us grounds to charge him. Therefore, was released today released and all charges against him have been dropped,” Nilas said.
The 16-year-old girl has been described as a recent convert to Islam and one of her neighbours told the tabloid BT that her Facebook page indicated that she wanted to convert other Danes to the religion. TV2 also reported that the girl's profile page indicated that she was a member of Facebook group for ethnic Danish members of Hizb ut-Tahrir, an Islamic group that openly supports the establishment of a caliphate and that has been at the centre of numerous controversies in Denmark.
Prosecutor Peter Ahleson said shortly after the 2016 arrests that the teen attempted to make the explosive TATP (also known as acetone peroxide), which was used in the November 2015 Paris attacks, for their planned bombing of Carolineskolen. For their planned attack on Sydskolen, the pair reportedly attempted to create explosives out fertilizer, petrol, diesel and other chemicals.
Carolineskolen has previously been targeted by anti-Semites who vandalized the Østerbro school in 2014. It is the second-oldest functioning Jewish school in the world.
A trial will begin on April 7th in Holbæk and the 16-year-old faces a minimum four-year sentence if found guilty.