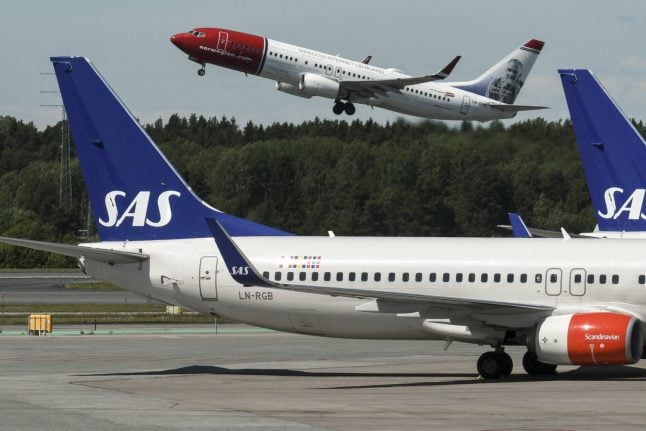 File photo: Johan Nilsson/TT
What the reversal of the ban means for passengers from the countries affected by it remains unclear.
Airline industry body IATA has informed SAS that the judge's ruling lifting the ban is valid, reports news agency Ritzau.
But SAS is still advising passengers affected by the ruling to contact US embassies.
“It is the American authorities that have the final say on whether someone can board a plane to the USA,” SAS director of communication Karin Nyman told news agency TT.
Earlier on Saturday, a number of airlines – including Qatar Airways, Lufthansa, Iberia and Air France – announced that they would allow passengers from the seven countries affected by Trump's executive order to board their planes.
The New York Times reports that all airlines were informed on Friday that they could begin taking on board passengers from the countries in question – Iran, Iraq, Libya, Somalia, Sudan, Syria and Yemen.
But low-cost airline Norwegian says that “certain ambiguities” regarding the rules remain, and that passengers are therefore advised to contact US embassies if they are in doubt.
“We at Norwegian must abide by the American authorities' rules and have absolutely no way of affecting who is and is not permitted to travel to the US,” Charlotte Holmbergh, information officer with the airline, told TT.
Trump's executive order, which was signed on January 27th, implemented an immediate travel ban for all nationals of the seven predominantly Muslim countries.
The decree created chaos at airports across the world as uncertainty grew about the exact nature of the ban. Public protests against the measure were held across the United States.
A federal judge in Seattle has now halted the executive order on the grounds that it violates the US Constitution.
Trump took to Twitter to criticise the judge's decision, which he says will be reversed.
“The opinion of this so-called judge, which essentially takes law-enforcement away from our country, is ridiculous and will be overturned!”, the President wrote.
Url copied to clipboard!