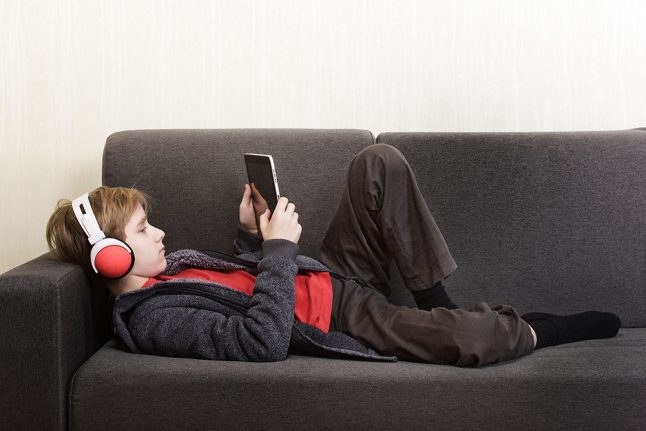 Why shoplift when you can Instagram? Photo: rodjulian/Iris
The analysis, which was first reported on by Politiken, showed significant declines in the number of 14 to 15-year-olds who commit crimes like theft, violence and vandalism.
The DKR analysis also looked at other factors in the lives of Danish youths, and while it found that better relationships with their parents and improvements in crime preventive technology like alarm systems can explain part of the decline, the overwhelming factor behind the significant drop in youth crime is the internet.
Young people are simply spending much more time online than getting into trouble in the real world.
“The lifestyle change that created a shift amongst youth from the streets to cyberspace is one of the biggest reasons [for declining youth crime] if you look at it globally. It’s a trend that is found across the entire Western world,” criminologist Flemming Balvig, who made the study, told Politiken.
Balvig’s study found that “very serious crime”, defined as crimes that carry the biggest societal costs like home break-ins and violence, have decreased by 41 percent since 2005 while “more serious crimes” like theft and online fraud have halved over the same period.
Shoplifting, which DKR said is the most common crime amongst youth, has also plummeted. In 1989, nearly half of the surveyed teens – 46 percent – admitted to shoplifting. In 2016, the number was at just 17 percent.
Danish teens are also drinking and smoking cannabis less now than they were 12 years ago. The number of 14 to 15-year-olds who said they get drunk at least once a month has fallen from 30 to 18 percent while the number who say they have smoked cannabis in the past year went from 13 to six percent.
While DKR analyst Rannva Møller Thomsen cheered the decrease in youth criminality and substance abuse, she said that the mass shift of so much of Danish youth’s life from the real world to the virtual is not without its concerns.
“We need to focus on what the youths are doing online because we actually don’t know so much about that. We also need to gain knowledge of how much criminality is taking place online,” she told news agency Ritzau.
A report from the World Health Organisation (WHO) last year also suggested that young Danes may be becoming increasingly isolated due to their embrace of the virtual world.
The WHO report found that Danish children aged 11 to 15 are spending much less free time with their friends than kids in most other countries.
Only 14 percent of 11-year-old Danish girls spend their leisure time with friends daily, while the number was at 16 percent for boys. The percentages decline as the age increases, with only seven percent of 15-year-old Danish girls spending their spare time with friends and only 13 percent of boys doing so.
Researchers have also warned of the physical dangers of spending too much time online, as demonstrated by the dramatic rise in the number of tech-related injuries among kids in Denmark.
Over the course of six years, there was a 47 percent increase in physiotherapist treatment for children aged 10 to 14 and a 33 percent increase for those aged five to nine, according to a report from 2016.