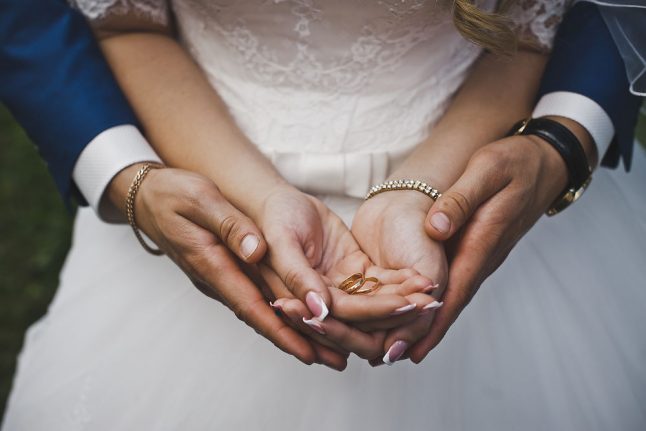 The move comes after reports of so-called 'child brides' within the Danish asylum system. Photo: Alenaza Motaeva/Iris
The bill also states that minors who were married abroad will not have their marriages recognized by Denmark.
The action is seen as a response to an Integration Ministry report from last year that revealed that there are 27 minors in the Danish asylum system who have spouses or registered partners. According to an earlier report in Metroxpress, female asylum seekers as young as 14 had entered the country married to men who are ten or more years their elder.
This led to an outcry about the so-called ‘child brides’ and an order from Integration Minister Inger Støjberg to physically separate the couples.
However, the government reversed course seven months later and reunited the married couples when the Danish Immigration Service was forced to acknowledge that the policy was likely a violation of the asylum seekers’ rights.
“In some of these cases it has been it has been assessed that it would not be compatible with Denmark's international obligations to maintain the separate living quarters, thus these couple have been offered to be housed together,” DIS wrote in an official response to a parliamentary enquiry in September.
Under the legislation passed on Thursday, exceptions to the ban can be granted if couples can provide a “compelling argument” for their marriage.
A number of legal experts and human rights groups, including the National Council for Children (Børnerådet) and the Association of Danish Law Firms (Danske Advokater) criticized parliament’s decision, saying that current rules already sufficiently protect minors from entering into marriage unwillingly.
The minister for children’s and social affairs Mai Mercado, however, argued that the move was necessary.
“I don’t agree that this is symbolic and unnecessary. Entering into marriage is reserved for those who are of legal age,” she said when the bill was first debated in December, according to a report from news agency Ritzau.
The new legislation takes effect on February 1st.