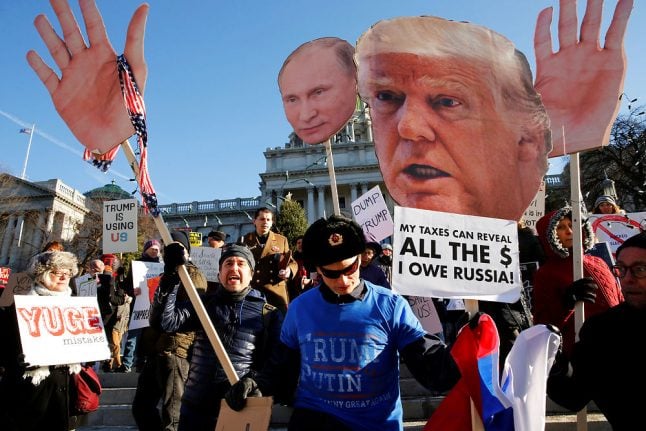 The Copenhagen march will be one of nearly 400 demonstrations scheduled for the day after Trump's inauguration. Here, people protest against Trump as electors gathered to cast their votes at the Penns
A DC council member told the local NBC affiliate that the city has issued around three times as many tour bus permits for the march than it has for the Inauguration Day events themselves.
The Women’s March on Washington is expected to draw at least 100,000 people on Saturday. That massive crowd may be just a sliver of the event’s total reach, however.
Women’s March Global, an international offshoot of the DC march, is reporting that nearly 700,000 people have committed to attend nearly 400 solidarity events in roughly 40 countries around the world.
Not only is Copenhagen no exception, the so-called ‘sister march’ here may draw one of the largest crowds outside of the United States.
Women’s March Copenhagen spokeswoman Karen Covington told The Local that over 1,000 participants have committed to hit the streets on Saturday, when the local march will go from the US Embassy in Østerbro to the Danish parliament building Christiansborg.
According to Covington, the Copenhagen event is on pace to be the third largest Women’s March Global event in Europe.

The women of Women's March Copenhagen invite all people who support human rights to march with us on January 21! pic.twitter.com/yEnzXbEEyB

The Copenhagen march is spearheaded by a team of Danish and American activists. Like the other events being held around the globe, local organizers stress that everyone is welcome, not just women. They said they also want to make clear that the event is not just about protesting the outcome of the US election or displaying resistance to the incoming Trump administration.
“Trump is just a symptom of what’s been happening. He’s just the culmination. It’s not about him, but what he represents,” Lesley-Ann Brown, a Brooklyn native who has lived in Denmark for the past 18 years, told The Local.
Brown said that the Copenhagen march is about solidarity, not only amongst the women of the world but also in support of minorities and other marginalized groups.
On the event’s Facebook page, Brown and her co-organizers write that the sexist and racist tone of the US presidential campaign is a reflection of global struggles.
“Nationalist, racist and misogynistic trends are growing worldwide and threaten the most marginalized groups in our societies including women, people of colour, immigrants, Muslims, the LGBTQIA community, and people with disabilities,” they write. “The violence of the global capitalist system only upholds and strengthens these dangerous trends.”

Although Brown said she hasn't had a problem with direct racism while living in Denmark, she said that there seems to have been a shift amongst Danes when it comes to attitudes on race and immigration, pointing to the popularity of the anti-immigration Danish People’s Party and the emergence of far-right groups.
“Personally, I have had really positive experiences but that doesn’t mean I don’t see what is going with other people and structural racism. The march is a great opportunity for me personally to stand up to a tone that I have become acutely aware of throughout my time here. The tone, the language, the direction of the politics – it’s all very similar to what we see happening in the States,” she said.
Brown said that organizing one of the biggest Women’s March events in Europe has been rewarding and that she looks forward to hitting the streets on Saturday.
“At this particular point in my life it just made sense to join other people in solidarity. It’s been a very transformative experience. Instead of feeling depressed and lonely and triggered, I feel activated and no longer feel fearful,” she said.
The Women’s March Copenhagen begins outside of the US Embassy on Dag Hammarskjölds Allé at 2pm. More information about the event is available on Facebook, while an overview of all of the sister marches can be found here. 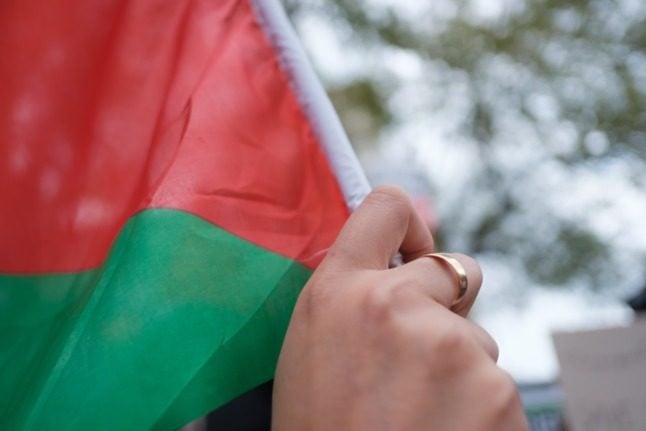 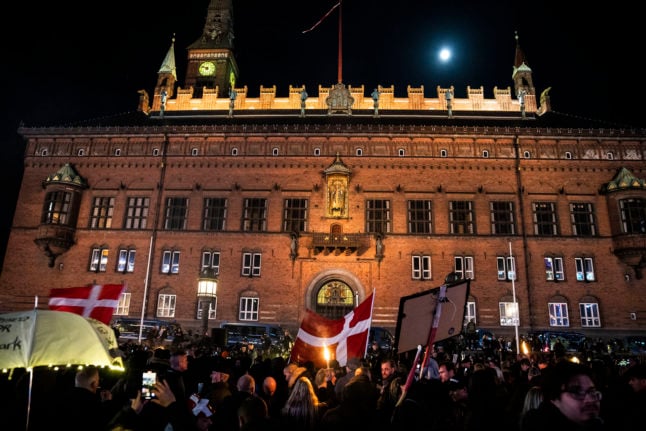