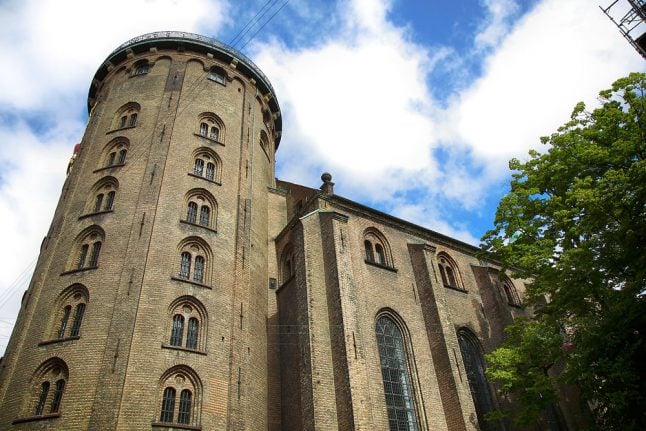 The trees next to Copenhagen's Round Tower had to be cut down as urine had rotted them out. Photo: Iris
“They’ve been pissed on so often that they had begun to rot at the bottom. They’re standing unsteady so therefore we have to take them down,” Kresten Dahl, the caretaker of the adjoining Trinitatis Church, told TV2 News.
“If a storm like Urd should come, we would risk that they’d fall. And we can’t have that here in central Copenhagen,” he added, referring to the storm that hit the nation last week.
The 25 metre tall trees were cut down on Tuesday, with lumberjacks forced to first remove all branches and then cut the tree bit by bit as they worked just metres off of the busy pedestrian street Købmagergade.
Steen Kristensen, whose company cut down the trees, said the blame couldn’t be squarely laid at the feet of Copenhageners whose need to pee got the best of them. Dog urine also probably played a part, he said.
“Urination of that kind is a direct pollution of the ground,” he told TV2.
As anyone who has spent a fair amount of time in Copenhagen could attest, the problem isn’t confined to the trees near the Round Tower. Kristensen said his company is asked to cut down trees throughout Zealand that had been “pissed to death”.
“It’s an absolute problem in the cities,” he said.