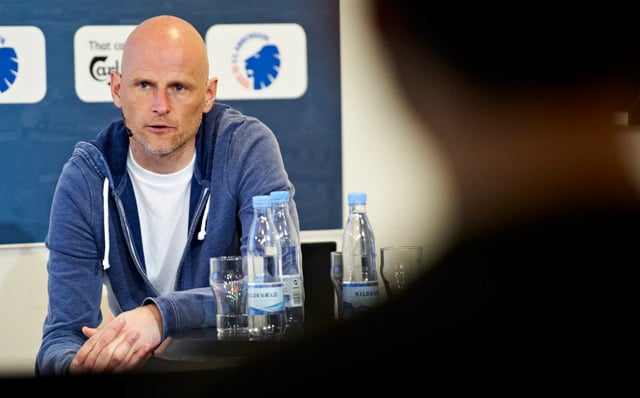 FC Copenhagen's Ståle Solbakken has reportedly been offered the chance to return to Norway. Jan Christensen / Scanpix Danmark / NTB scanpix
Solbakken has long been the favourite amongst most football experts to take over for the departed Per-Mathias Høgmo. The question is whether he wants to leave his current job as the coach of FC Copenhagen.
VG reported that Solbakken is currently considering a concrete offer from the Norwegian Football Association (NFF).
That could mean that NFF is nearing its decision on who will replace Høgmo.
Earlier this week, former Stabæk coach Bob Bradley confirmed reports that he had had a meeting with NFF head Nils Johan Semb.
Semb, himself a former Norway national team coach, kept his cards close to his chest.
“As I have said many times, I will not comment on names, rumours or speculation,” he told VG via text message.
Solbakken, who returned to FC Copenhagen in 2013 after previously coaching the club between 2006-2013, has said he wants to gather his family under one roof in 2017.
He currently resides in Copenhagen, while his wife and children live in Hamar in Norway’s Hedmark county.