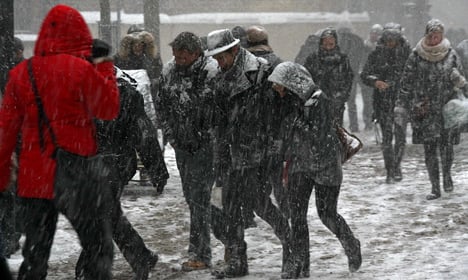 Some parts of the country could get snow, while others face a risk of flooding and storm-strength winds. Photo: Colourbox
Strong winds are expected to hit parts of Denmark on Tuesday evening and could cause flooding, the Danish Meteorology Institute (DMI) warned.
“The strongest winds will be on the west coast, whereas some other places might experience strong storm-like gusts,” DMI meteorologist Lars Henriksen told news agency Ritzau.
Northern Zealand and the island of Bornholm may also experience storm-strength winds, he said.
The strong winds are expected to taper off by midday on Wednesday, but when the winds turn north and northeast later in the day it may cause rising water levels in the Baltic Sea. Broadcaster DR warned that all harbour and coastal areas along southern Zealand, Lolland-Falster, Funen and southern Jutland could face problems with rising water.
Some of the areas could even see so-called ‘floods of the century’, where water levels will reach heights that they statistically reach only once every 100 years.
Even if the coastal areas avoid flooding, nearly all of Denmark is facing a return of freezing temperatures. DMI’s six-day forecast calls for temperatures to dip below 0C on Wednesday and remain there until the early hours of Saturday.

DMI's forecast released on Tuesday.
Several areas of Jutland could receive a few centimetres of snow, while Bornholm is also predicted to be hit by sleet and snow.