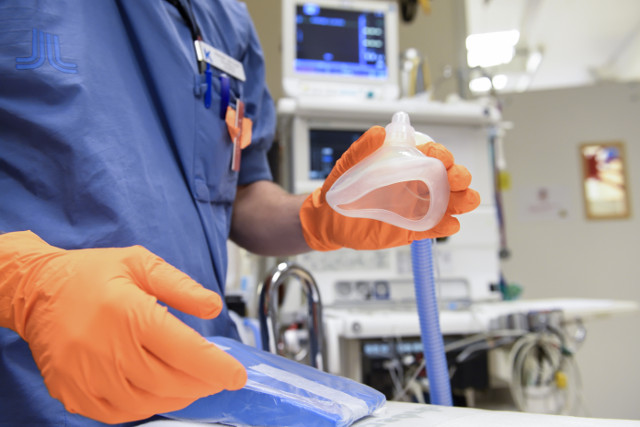 A file photo of a doctor not related to the story. Photo: Henrik Montgomery/TT
The doctor, who has worked in Sweden, Denmark and Norway, lost his Danish licence in 2015 after piercing a patient’s lung while attempting to give them an anaesthetic injection near the chest.
Sweden’s Medical Board of Responsibility (HSAN) then followed suit earlier this year, revoking his Swedish licence with immediate effect based on a clause in the Patient Safety Act.
The doctor appealed the decision to Stockholm Administrative Court however, arguing that the clause used to justify taking his licence was not applicable, and the court has now deemed him to be correct. An amendment to the act in question meant that the HSAN decision was deemed invalid by the court based on a technicality, newspaper Dagens Nyheter reports.
The HSAN could yet move forward however and insist on revoking his licence by doing so based on a different clause which the court had mentioned in its judgement.
This is not the first appeal the practitioner, nicknamed ‘Doctor anal’ by the Danish press, has won.
He has been warned several times by the HSAN and equivalent authorities in Denmark and Norway over the years, three of which came in Sweden in 2003 after he treated an elderly patient’s head and body aches with an anal massage.
The doctor said he had performed 600-1,000 such treatments yielding “very good results”, but Sweden’s HSAN insisted the treatment was “dubious for a number of reasons”.
In 2008 he successfully appealed the Swedish warnings to Stockholm County Court however, which said at the time that the HSAN had not been able to prove claims his treatments contradicted “scientific, tried and tested experience”.