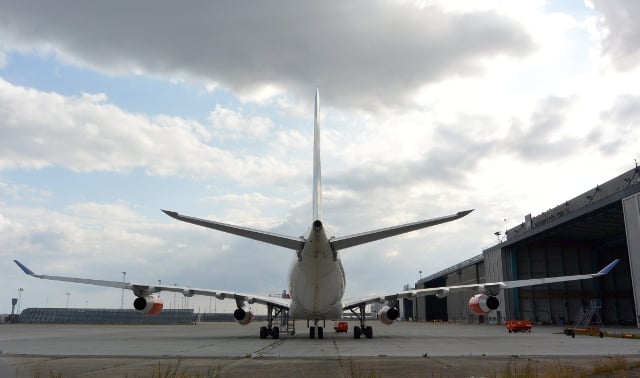 Less than a 30-minute train ride from Malmö, Copenhagen Airport is the airport of choice for Danes as well as most people flying to or from southern Sweden.

On Friday it revealed new plans to increase its capacity to 40 million passengers a year and add a series of new destinations.

“The traffic here at Copenhagen Airport has grown significantly in recent years, and that growth is ongoing,” said its CEO Thomas Woldbye in a statement.

“It is therefore necessary for us to ensure the future viability of the airport, and that means expanding. We need more capacity for both passengers and baggage, and we also need stands and gates for more aircraft.”

The 20 billion Danish kroner ($2.8 billion, 26.30 billion Swedish kronor) expansion is expected to create capacity for the airport to add 17 new long-haul routes in addition to the existing 36, by doubling the size of the aircraft stands area to 1,900,000 square metres.

Woldbye said new routes would “provide a better basis for carrying export products to emerging economies in Asia and elsewhere”.

The expansion is also expected to create 9,000 new permanent jobs in addition to the 12,500 construction jobs in the construction period, said the press release.

However, Copenhagen Airport's biggest airline, Scandinavian Airlines, was critical of expected plans to scrap one of the runways to make way for new aircraft stands.

“If the airport builds on the runway that's used when there are particularly strong winds from the north-west or south-east, the airport will be closed about 25 times a year. That means 500 cancelled flights for SAS alone and an even larger number of delays,” SAS public affairs and infrastructure manager Lars Wigeltorp Andersen told Danish broadcaster TV2 in September.

The airline, which is 50 percent owned by the Swedish, Danish and Norwegian states, said on Friday that its position had not changed.

The news comes just days after Stockholm's Arlanda airport announced that Singapore Airlines was launching a new route from Stockholm to Singapore Changi Airport via Moscow.