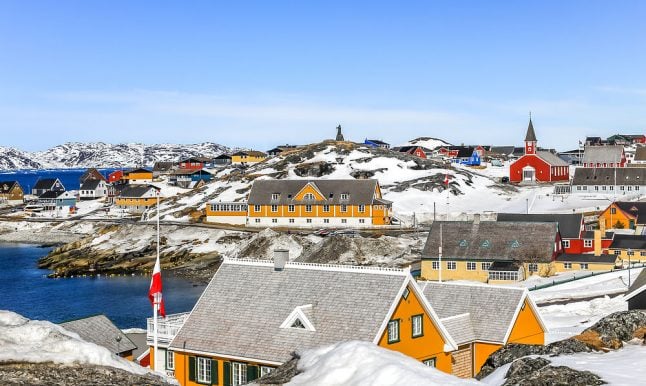 Greenland's foreign minister said Nuuk needs to be able to make more decisions without Copenhagen's interference. Photo: ambeon/Iris
In an interview with Politiken newspaper, Greenland’s foreign minister, Vittus Qujaukitsoq, expressed frustration with the Danish government on a number of points and said that if Greenland did not receive some concessions from its former colonial master, it could even consider withdrawing from the Danish Commonwealth.
Much of Qujaukitsoq’s frustration stems from Denmark’s deal with the United States that has allowed the US Armed Forces to operate the Thule Air Base on the northwest side of Greenland since 1943.
See also: US court intervenes in Thule Air Base contract
Qujaukitsoq said Greenland feels it has been short-changed in the deal, getting “nothing but trouble” while Denmark has used the arrangement to strengthen its position in Nato.
“For 75 years, we have made facilities available for the US but the return on the Americans' presence has been nothing but trouble, nothing but environmental pollution, and it has created a crisis of trust between Greenland and Denmark,” he said.
He said Denmark’s dealings with the US have left Greenland with “a hodgepodge of 75 years of accumulated frustration and powerlessness”.
See also: Greenland uranium mining opponents join government
Following the formation of a new coalition government in October, Greenland created a new department for independence and passed a bill in parliament declaring that the US and Denmark should renegotiate the Thule deal.
In a remarkable move, Qujaukitsoq met with Nato Secretary General Jens Stoltenberg earlier this month to directly express Greenland’s desire for a new defence agreement.
Cold War waste
Earlier this year, it was also reported that melting Greenland ice could expose radioactive waste left behind from Camp Century, a “city under ice” built by Americans during the Cold War. Establishing which country should be responsible for the clean-up is complicated by Greenland’s contention that the decades-old agreements between Copenhagen and Washington on several different military installations are “unclear”.
See also: Melting Greenland ice could expose Cold War waste
But the Greenlandic government is not only concerned about US military operations of the past and present. It also wants more say in its own fishing industry, which accounts for 90 percent of Greenland’s exports.
Greenland is not allowed to be a member of supranational fishing organizations like the Northwest Atlantic Fisheries Organization (NAFO) and the North East Atlantic Fisheries Commission (NEAFC). Instead, it is dependent upon the Danish government to dictate fishing policies.
Denmark: Criticism “not constructive”
Qujaukitsoq said Copenhagen is simply not listening to Greenland’s concerns.
“The arrogance is devastating for our relationships in the commonwealth,” he told Politiken.
Roughly half of Greenland’s budget is dependent upon the 3.2 billion kroner a year in subsidies in receives from Denmark under an autonomy agreement that gives the country full control of its natural resources. Still, Qujaukitsoq said that Greenland would be ready “to stand on its own two feet” if its strained relationship with Copenhagen does not improve.
Denmark’s foreign minister, Anders Samuelsen, called Qujaukitsoq’s criticism “neither fair nor constructive”.
“I cannot recognize the arrogant approach [by Denmark] expressed by Vittus Qujaukitsoq. We have clearly said, including in the government platform, that it is central to the government to handle the important matters of the Thule Air Base and Camp Century in collaboration with [Greenland’s] self-government,” he told Politiken. “We must do this in a continued close and constructive cooperation in which we remain focused on solutions.”