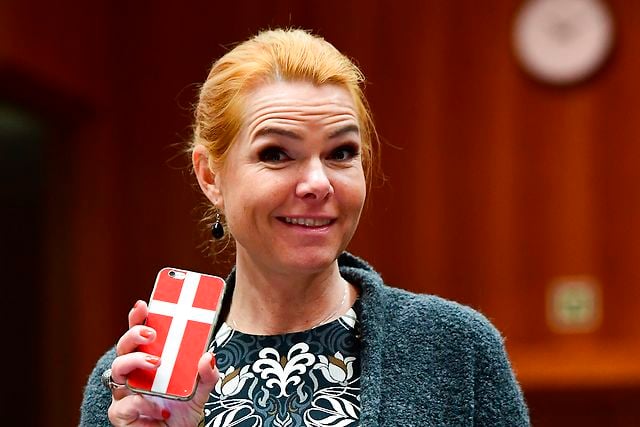 Integration Minister Inger Støjberg has been a driving force behind a number of recent changes. Photo: EMMANUEL DUNAND/SCANPIX
According to an overview provided by the Danish Refugee Council and first reported by Information newspaper, there have been 68 significant changes to immigration laws since 2002.
That translates to an immigration law change every three months.
The latest budget introduced the tenth change to permanent residence requirements in the last 15 years. Foreigners from outside of the EU can now first apply for permanent residency after eight years in Denmark, an increase from the six year period that was implemented earlier this year.
As recently as January 2016, foreigners only needed to live in Denmark for five years before applying for permanent residency. In 2002, permanent residency could be achieved after just three years.
The new changes include a new definition of the ‘employment requirement’, with foreigners now having to have been in full-time employment or self-employment for 3.5 of the past four years, as opposed to 2.5 of the past three years.
Rules for family reunification have changed even more frequently. The newly-formed coalition government introduced what will be the 15th set of changes in that area over the past 15 years.
The numerous changes make it increasingly difficult for non-Danes living in Denmark to “have a normal life”, critics say.
“When there are frequent changes that constantly tighten the conditions, it creates a basic sense of uncertainty and lack of predictability. It becomes not only more difficult to lead a normal life, it also means that people who think they are on track for permanent residence are actually not. It is problematic,” Aarhus University law professor Jens Vedsted-Hansen told Information.
A lawyer at the Institute for Human Rights (Institut for Menneskerettigheder – IMR) said Denmark could be violating European Court of Human Rights rulings that state that rules must be clear enough for residents to easily understand them and their consequences.
“The many changes in the Danish Aliens Act [Udlændingeloven, ed.] mean that it can be very hard for legal practicitioners – and particularly the residents who are affected by them – to make sense of them. It creates a human rights problem,” Lucienne Jørgensen.
A spokesman for government party Venstre defended the many changes as “a necessary evil” driven in part of the “greatest refugee crisis in modern times”.
However, analyses of the rule changes have shown that the group most affected by the constant tightening of rules is not refugees but rather non-EU citizens who are married to Danes.