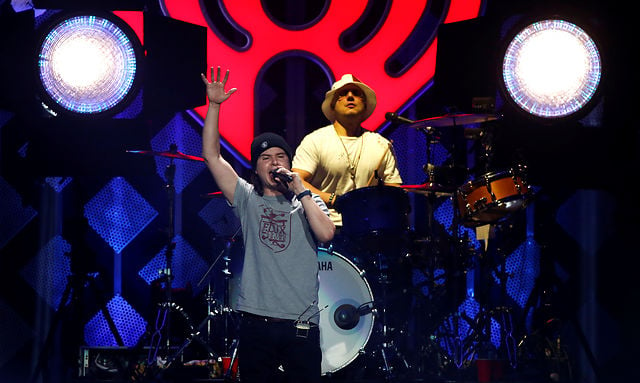 The Grammy nominees were announced on Tuesday and Lukas Graham is up for three of the prestigious awards.

The band’s smash hit ‘7 Years’, which set a Danish Billboard record, is up for ‘Record of the Year’. Here, the young Danes will be competing against some of the biggest names in the music industry including Adele, Beyonce, Rihanna and Drake.
‘7 Years’ is also up for ‘Song of the Year’, which goes to the songwriters. In this category, Lukas Graham once again faces Beyonce and Adele, as well as Justin Bieber and Mike Posner.
Finally, the song is also in the running for ‘Best Pop Duo/Group Performance’, where it will face competition from ‘Closer’ by The Chainsmokers and Halsey, ‘Work’ by Rihanna and Drake, ‘Cheap Thrills’ by Sia and Sean Paul and ‘Stressed Out’ by Twenty One Pilots.
The band celebrated their nominations on Twitter:

Ok. So 3 Grammy nominations! Wow! This is almost the team:D Tight hugs to everyone involved & drinks on me #Blessed #TeamGraham pic.twitter.com/v220gObw9V

In case you’ve been living under a rock and don’t know what all of the fuss is about, you can see the video for ‘7 Years’, which features footage of Forchhammer’s boyhood home of Christiania, here:
The Grammy Awards will be handed out on February 12th.