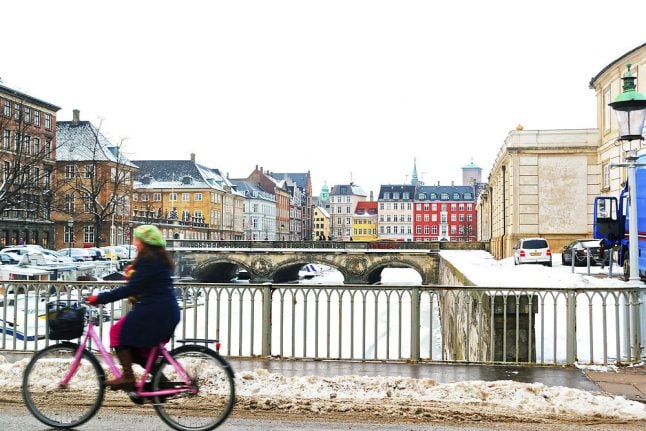 With only one snowfall in Copenhagen thus far, will we see scenes like this over the next three months? Photo: R.Babakin/Iris
The US-based weather agency The Weather Company has revised its forecast for the December-February period to say that even colder weather should be in store for Denmark.
“The colder pattern that started in October has persisted into November, this is a fairly clear sign that our original ideas for this winter were a bit off base,” said the Weather Company's chief meteorologist, Todd Crawford, forecasting below-normal temperatures across the whole of Scandinavia.
“It is clear that the polar vortex is weaker than we originally expected and that more blocking is likely going forward, especially in the Eurasian sector. Given this, along with the continued colder-looking model guidance for December, we have made significant colder changes to our forecast.”
The agency predicts that December will see temperatures fall to below-normal for the Nordic region, followed by slightly warmer temperatures in January before again falling in February.
Winter hasn't officially started in Denmark yet, but the country thus far hasn't had much snow or bitter cold to speak off, in stark contrast to neighbouring Sweden, where Stockholm had its snowiest November day in 111 years.
But that's not to say that it has been warm in Denmark. According to the Danish Meteorology Institute (DMI), this has been the coldest November in six years, with the agency predicting on Tuesday that the month would end with an average temperature of 3.7C. Making that much more bearable is the fact that the month is also on pace to be the sunniest November in nine years.
However, like the American meteorologists at The Weather Company, DMI has also predicted that the winter months will provide the coldest weather in years.