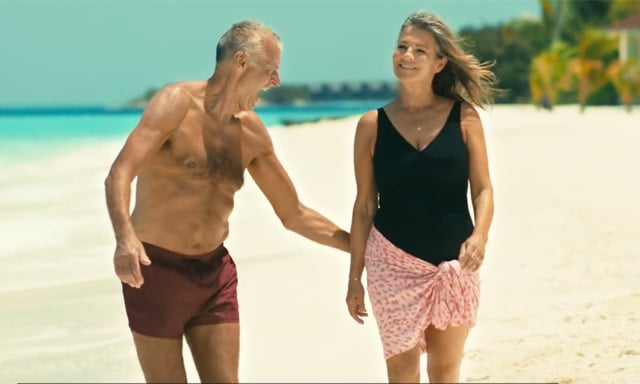 Ageing Danes are encouraged to 'do it forever' in the new video. Screenshot: Spies Travel/YouTube
First Danes were told to ‘do it for Denmark’ in a smash hit video in 2014. The following year, they were encouraged to ‘do it for mom’ in another viral hit. Now Danish travel agency Spies is obviously hoping that lightning can strike thrice with a new video telling Danes to ‘do it forever’.
In the agency’s new sex-themed video, ageing Danes are encouraged to extend their life expectancy by having sex.
“You don’t stop having sex because you’re getting old, you get old because you stop having sex,” the video’s narrator croons as he tells the story of Karen and Jørgen, a couple who appear to be in their 60s and have lost their sex drive.
“Once they couldn’t keep their hands off each other. But then something happened,” the video states, showing the couple’s children thwarting their attempts to get down to business in bed.
Like its other videos, ‘Do if forever’ is pitching a new concept from Spies Travel. In this case, a loyalty programme “with a built-in fertility bonus’. In short, travellers are offered discounts on their “exotic holidays” based on the number of children they have.
And while one might be templed to say that the travel agency is pushing its luck with its third ‘Do it..’ ad, it's worth remembering that the first two racked up a combined 20 million views. Perhaps most importantly, they were also actually successful in getting Danes to have more sex.
Maybe they need the videos after all.